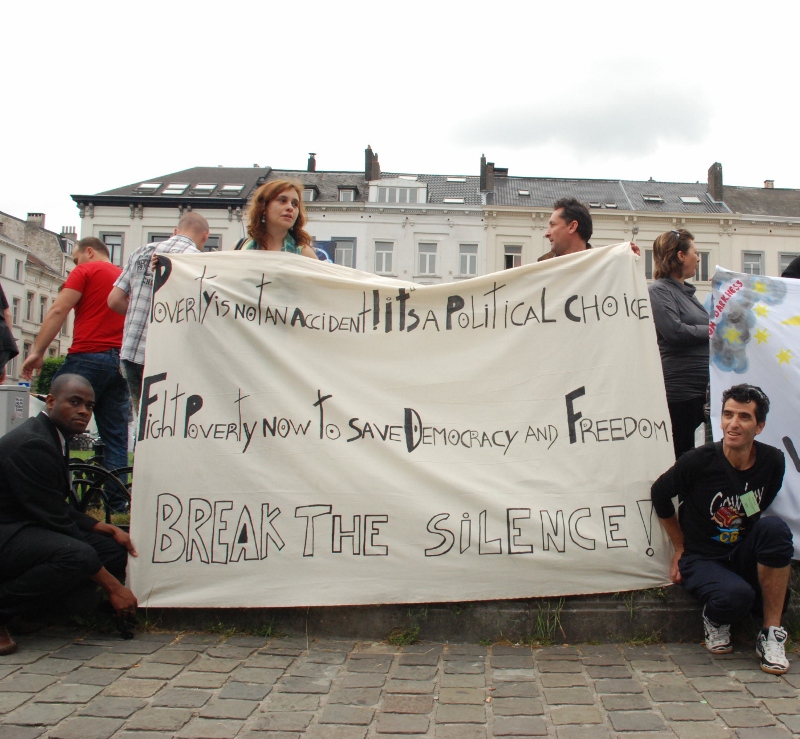 END_OF_DOCUMENT_TOKEN_TO_BE_REPLACED

The 13th European Meeting of People experiencing Poverty (PeP) was organised in Brussels on 22 to 24 September 2014, by the European Anti-Poverty Network (EAPN) with support from the European Commission and the EAPN Fund. The focus of the 2014 meeting was on funding the fight against poverty and social exclusion. In addition workshops discussed…

END_OF_DOCUMENT_TOKEN_TO_BE_REPLACED

Check out Voices from the Ground video from 2014 PeP Meeting!

Michael from Austria, Pedro from Spain, Paul from Belgium, Rita from France, Ann from Ireland, Douhomir from Bulgaria and Rolf from Sweden offered part of their time at the 2014 Meeting of People experiencing poverty to share some of their experience and views on how things have evolved for them in the last years. Voices…

END_OF_DOCUMENT_TOKEN_TO_BE_REPLACED

“We are here because we are poor people, but along with that, we are also citizens and I prefer to emphasize the latter. As citizens we do not just seek understanding, sympathy and support from politicians, but also strive to assert rights, and to demand that politicians correct themselves when we notice that they are…