We’re hiring! | EAPN has an open post for an Administration Trainee 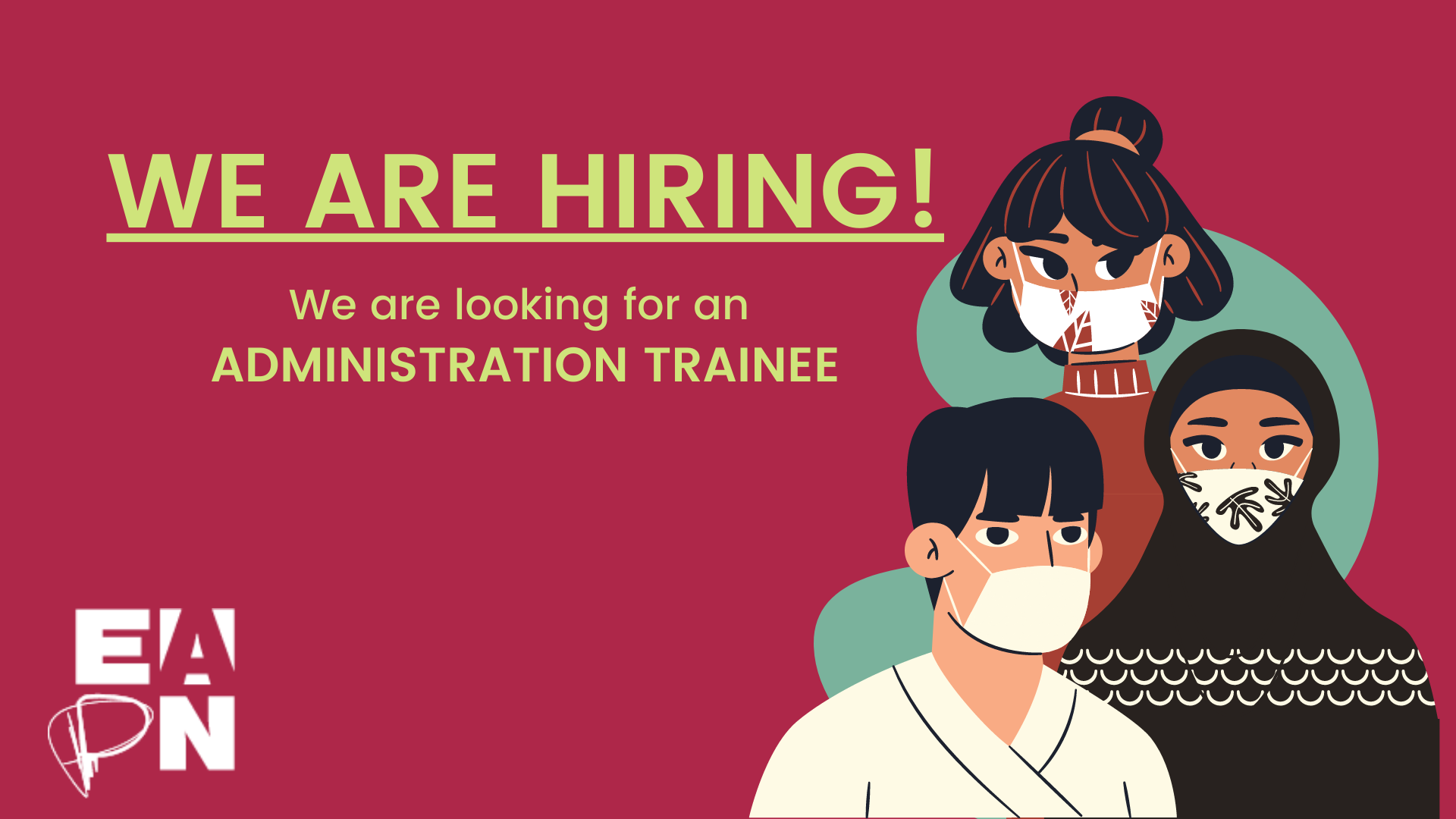 Do you have an eye for detail and passion for supporting organisations fighting against poverty and social exclusion? Join us or spread the word!

EAPN is looking for a full-time Administration Trainee from May until the end of December 2021, under the framework of the ‘convention d’immersion professionnelle’.

Purpose of the role: To support the whole team in the implementation of EAPN’s administration work, under the overall guidance of the Information and Events Officer, and working closely with most team members.

If you are interested, please send a cover letter, setting out why you are suitable for this role, (not more than one page please!) with your CV to rebecca.lee@eapn.eu not later than 9 April 2021.

We believe in in gender equality, and in respect for cultural and religious diversity and non-discrimination on the grounds of sex, racial or ethnic origin, religion or belief, disability, age, sexual orientation or social origin. As such, women, people of colour and from ethnic minority groups, people with disabilities, people from the LGBTQI community and people coming from marginalized groups are especially encouraged to apply.