The Previous MeetingsVoices of Poverty 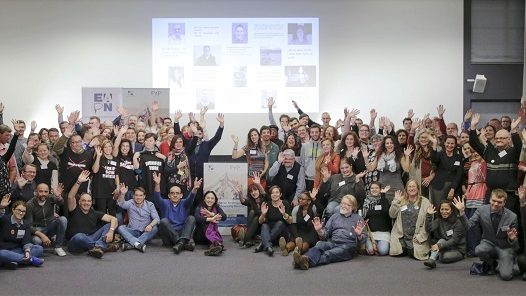 On 9 and 10 November 2017, the 16th European Meeting of People Experiencing Poverty – Let’s tackle in-work poverty! – took place. It was organised by the European Anti-Poverty Network with support from the European Commission and the EAPN Fund. The meeting is a unique opportunity for people with direct experience of poverty from 30 different national delegations to address and exchange with EU decision-makers.

Among the 120 participants were delegations of EAPN members from 30 countries, (which included experts with experience of in-work poverty), representatives from civil society and trade unions, delegates from the European Parliament and Commission, Permanent Representatives, the Commissioner for Employment, Social Affairs, Skills and Labour Mobility Marianne Thyssen, and the Belgian government.

The theme of this edition was In-Work Poverty, and the event was programmed towards sharing experiences and promoting open dialogue, especially among EAPN members with direct experience of poverty. A new venue and experimental programme provided what one delegate described as open spaces that empower people. The opening plenary started with a short account of four personal stories of in-work poverty, which set the scene and established the meeting as a gathering of the people for the people.

Commissioner Thyssen offered encouragement to EAPN and the delegations, while presenting the EU’s actions and core elements of the European Social Pillar of Rights. Open space workshops were then organised so delegates could shape the main proceedings of the event, leading to ten working themes, 30 key messages and a series of poignant questions posed to the panel of the closing dialogue session on day two. Panel members on that day included Esther Lynch, Confederal Secretary of the European Trade Union Confederation, Bert D’Hondt, Belgian Government Advisor on Poverty, Family & Social Policy, and Stefan Olsson, Director for Employment, DG Employment, Social Affairs and Inclusion.

The event also incorporated the following open and engaging activities: The ‘Come and hear my story!’ session and Visibility Action at Place Flagey in Brussels, which saw delegates holding images and placards in support of the working poor.

Check out the photo album!

and an article by rapporteur Christian Nielsen in The Chronikler: Economic recovery means little to Europe’s working poor.