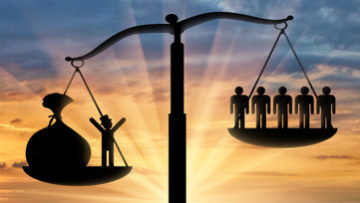 On 6 February 2018, the European Parliament conducted a thematic plenary debate around socio-economic inequalities, under the lead of Socialists and Democrats, who were the ones to put the item on the parliamentary agenda. During the debate, acting S&D Group leader Udo Bullmann urged the European Commission to take on rapid and decisive action to combat the rising levels of inequality across the EU. Mr Bullmann highlighted “Even though the European economy is on the mend again and unemployment is going down, income and wealth inequality are on the rise. An alarming 40% of wealth is in the hands of only 1% of the richest Europeans.  Clearly, the neoliberal myth of trickle-down economics is not going to sort out the situation, nor are today’s insufficient policy efforts. […] The growing gap between the rich and the poor is undermining the social and democratic fabric of our societies. It is high time to act now.”

EAPN and EMIN (European Minimum Income Network) had the chance to provide relevant thematic contents to the S&D Group. EAPN also acknowledges that some concrete measures called for by the S&D Group are crucial to the fight against poverty and inequalities and have been called for by EAPN as well in the last few years. Among these measures, we particularly mention: a poverty eradication roadmap; a directive on decent working conditions; and a living wage index. This push comes as a wider campaign from the S&D Group to move the EU to a more ambitious level in fighting inequality and poverty in the wider framework of the United Nations Sustainable Development Goals.