2013PEP “What can we learn from the experiences of poverty today?” 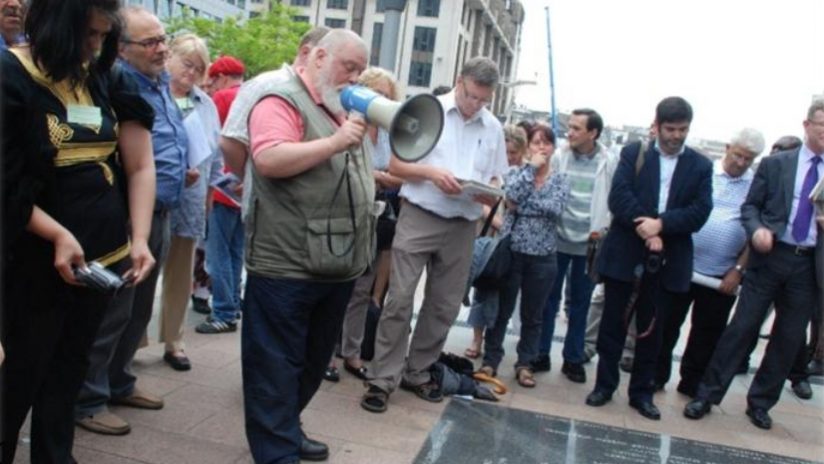 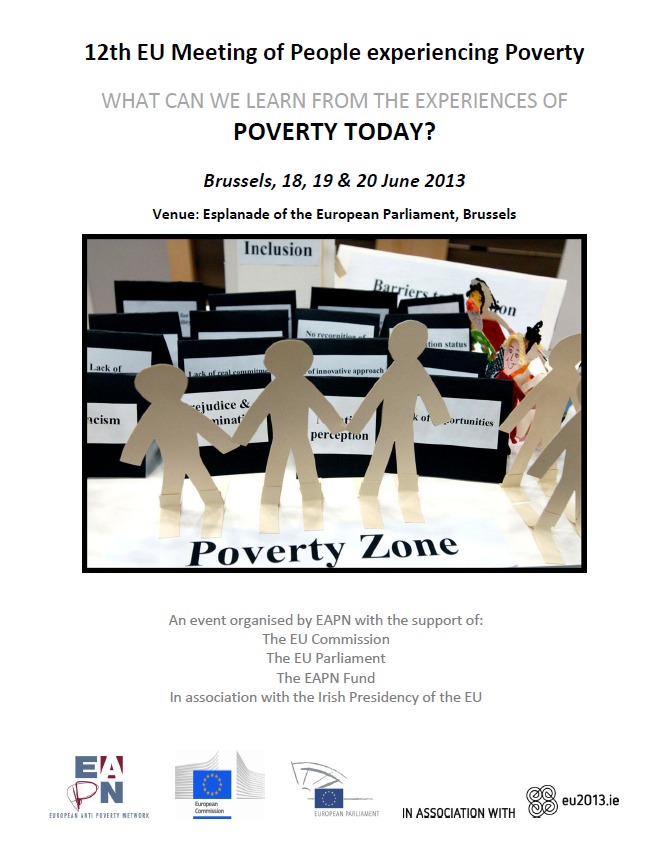 Poverty is not an accident but the result of political choices
The 12th European Meeting of People experiencing poverty was held from 18-20 June on the Esplanade of the European Parliament, with delegations from 26 European countries.

Mr Martin Schulz, President of the European Parliament opened the Meeting: “I hope our MEPs show up and keep their promises. The promise of the EU was more social justice, more equality, more decent jobs. No surprise people doubt about democracy and justice in Europe. You are right, you must be loud, visible and audible. We are not ashamed of being poor, but of the existence of poverty“.

These meetings were initiated as part of the agreed objective of the European Inclusion strategy “to ensure the direct participation of people experiencing poverty and social exclusion”. Delegations from 26 Countries exchanged with each other, with members of the European Parliament and policy makers on the growing gaps between the income available from work and welfare and the costs of a ‘basket of goods and services’ needed to live in dignity.

“The economic and political vision, centred on austerity measures has resulted in the loss of people’s trust in their democratic institutions and is creating a deep economic, social and democratic crisis. Austerity measures have contributed to rising poverty reflected in official figures showing nearly 5 million more people in poverty and social exclusion since 2009. This once again shows that poverty is not an accident but the result of political choices” said Sérgio Aires, President of the European Anti-Poverty Network (EAPN).

Commissioner for Employment Social Affairs and Inclusion, Mr Lazlo Andor addressed the meeting and acknowledge the lack of progress on achieving the EU poverty reduction target. He outlined key Commission proposals to reinforce the efforts to reach the poverty reduction target including the Social Investment Package with specific actions on child poverty, homelessness and adequacy of minimum income schemes. He also highlighted the agreement on the youth employment guarantee, the proposals to strengthen the use of the European Social Fund for social inclusion and the proposed European Fund for aid to the most deprived.

The meeting was followed by a symbolic action that took delegates from the Commemorative stone for the victims of poverty on the Esplanade in front of the European Parliament, to the Place du Luxembourg, where all delegations showed the messages they had presented during the 12th Meeting, and called for an end to austerity policies. 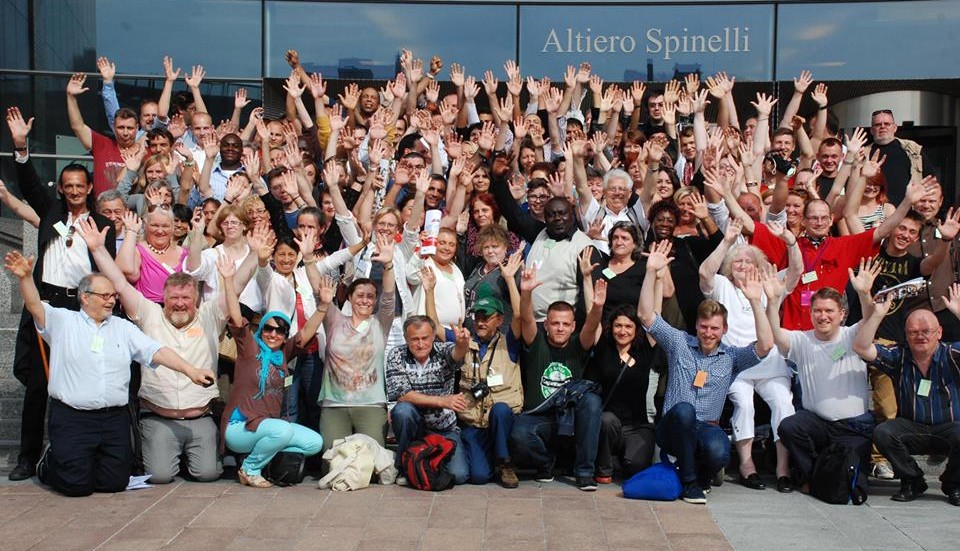 Key Messages from the #2013PEP