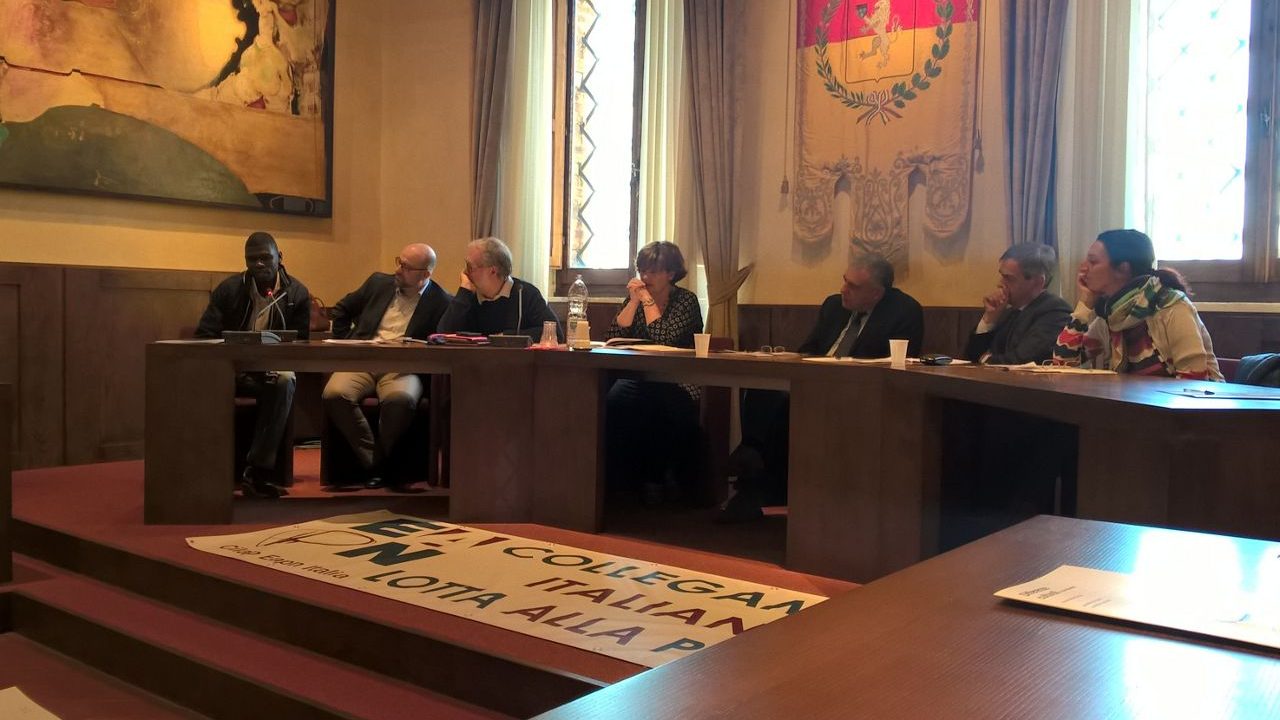 In the morning seminar held in the city hall of the town of San Gimignano, the prefect of the city of Siena, the mayor, the guests of the local reception centers for asylum seekers and representatives of civil society discussed challenges, problems and possible solutions.

Is there an immigration emergency in Europe? No, according to the prefect of Siena who has been newly assigned to his new post after 4 years in Ragusa, where most of the landings happen. Numbers show us that between the years 2000 and 2010, 1.2 million migrants arrived in Europe and, from 2010 to 2015 only 400 thousand arrived. But the average EU citizen has a completely different perception thanks to the media and our politicians at all levels that tell us a different – and untrue – story. Why? Because the way our governments managed the economic crisis brought about very severe cuts in services and jobs and migrants make the perfect scapegoats.

There is an emergency, but at local level. Out of 8000 Italian municipalities only 2000 accept to host asylum seekers, the member states are not  responding.

Solutions? The new plan designed and accepted by the Italian Association of the Italian Municipalities (www.anci.it) that foresees a strong partnership between the cities and the third sector; a stronger pressure towards those member states that refuse to host asylum seekers.

The participants then moved to one of the centers managed by the Associazione Differenze Culturali. There they visited a beautiful photo shows called “Like you” and, in the evening, the young from the Center joined the municipal musical band for great music.