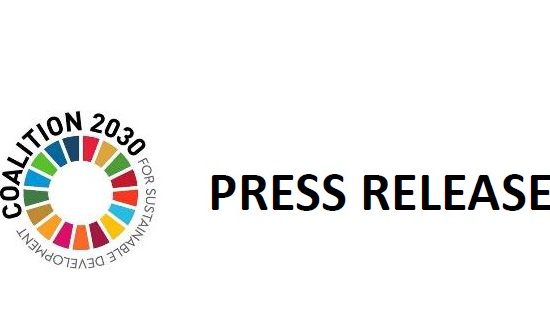 On 17 July, the Irish Government, represented by Minister Denis Naughten, presented its first progress report on their implementation of the UN Sustainable Development Goals in Ireland. This took place at the High Level Political Forum in the UN in New York. The 17 UN Sustainable Development Goals are interlinked and No 1 is to ‘End poverty in all its forms everywhere’.

EAPN Ireland is a member of Coalition 2030, an alliance of over 100 Irish civil society organisations and networks. The Coalition has today published its own report on Ireland’s progress, highlighting the lack of progress on putting in place the policies necessary to achieving the UN Goals in Ireland. You can access the Coalition 2030 report here. The Coalition has also issued the attached press release.

Coalition 2030 delegates in New York are attending and engaging in meetings and events around the High Level Political Forum. You can follow the Coalition 2030 coverage of today’s developments on Twitter https://twitter.com/coalition2030ir .