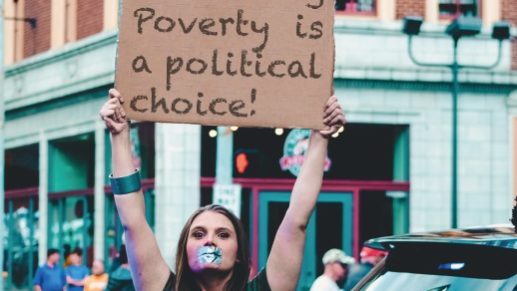 While poverty and social issues in general have been gaining more and more visibility at the EU level, including in the European Semester, with the adoption of the European Pillar of Social Rights (EPSR) and the Social Fairness Package, we still believe that there is too much focus on employment as the main way out of poverty, without the debate extending to the quality and sustainability of the jobs provided. While employment can indeed shield those who can work from poverty, this only happens if quality work indicators are met, including a decent level of wages.

EAPN members on the ground often witness the spreading of in-work poverty, that is, people experiencing poverty despite having a job. In fact, in 2017, 9,6% of the people in employment were living under the poverty threshold, corresponding to over 32 million workers at risk of poverty. In-work poverty increased by 1.1% at the EU-28 level between 2008 and 2017 (Eurostat, 2018), a trend also acknowledged by the Annual Growth Survey 2019, and the Social Protection Committee Annual Report 2018.

For EAPN, quality of work and employment has always been a core issue, and the organisation has closely engaged with the European Employment Strategy since its adoption in 1997, and through its implementation processes such as the Lisbon Strategy, the Europe 2020 Strategy, and the European Semester.

EAPN has decided to share knowledge and give visibility to promising practices that have been able to address positively the crucial issue of in-work poverty. This is a compendium collecting promising practices around tackling in-work poverty, whether they are policy, projects or campaigns. The rationale behind this work is to draw from experience of people directly involved in these processes to offer an overview of what seems to be working in the fight against in-work poverty. This compendium will complement our ongoing policy work in the framework of the European Semester, including on the delivery on the Europe 2020 Strategy poverty- and other social targets, and the implementation of the European Pillar of Social Rights.

For more information about our EAPN’s work on quality and employment, please click here, or contact Amana Ferro in the EAPN staff team.