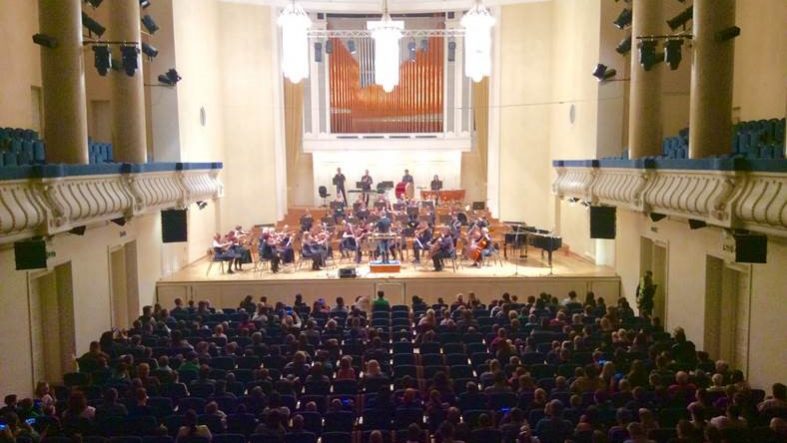 The Estonian section of the EAPN has organized a wonderful  Easter party on Sunday March 27 for about 700 families living in poverty in the country. The event was hosted in the Estonian Concert Hall and included a concert by the Tallinn University Symphony Orchestra, a free meal and a series of games and activities during which children were awarded chocolate eggs and other prizes.

Several well-known politicians and members of parliament also participated to the festivities by partially organizing the event and even taking over various roles such as serving the meals and working in the cloakroom. This created a great opportunity for parents to talk face to face to their representatives about their experiences and their concerns.

The purpose of the festival was to show that people live in poverty next to us/ among us every day. Many of them cannot afford to go to the theater or to concerts. EAPN Estonia believes that making culture more accessible is an essential element of the fight against poverty,together with the moral obligation to treat all people fairly and respectfully.

The event was hugely successful and started a conversation on almost all TV stations and news channels about children and family poverty in Estonia. It was also a great example of how the collaboration of different NGOs and political leaders can really make a difference in people’s lives.

Click here to watch the full video coverage of the event!