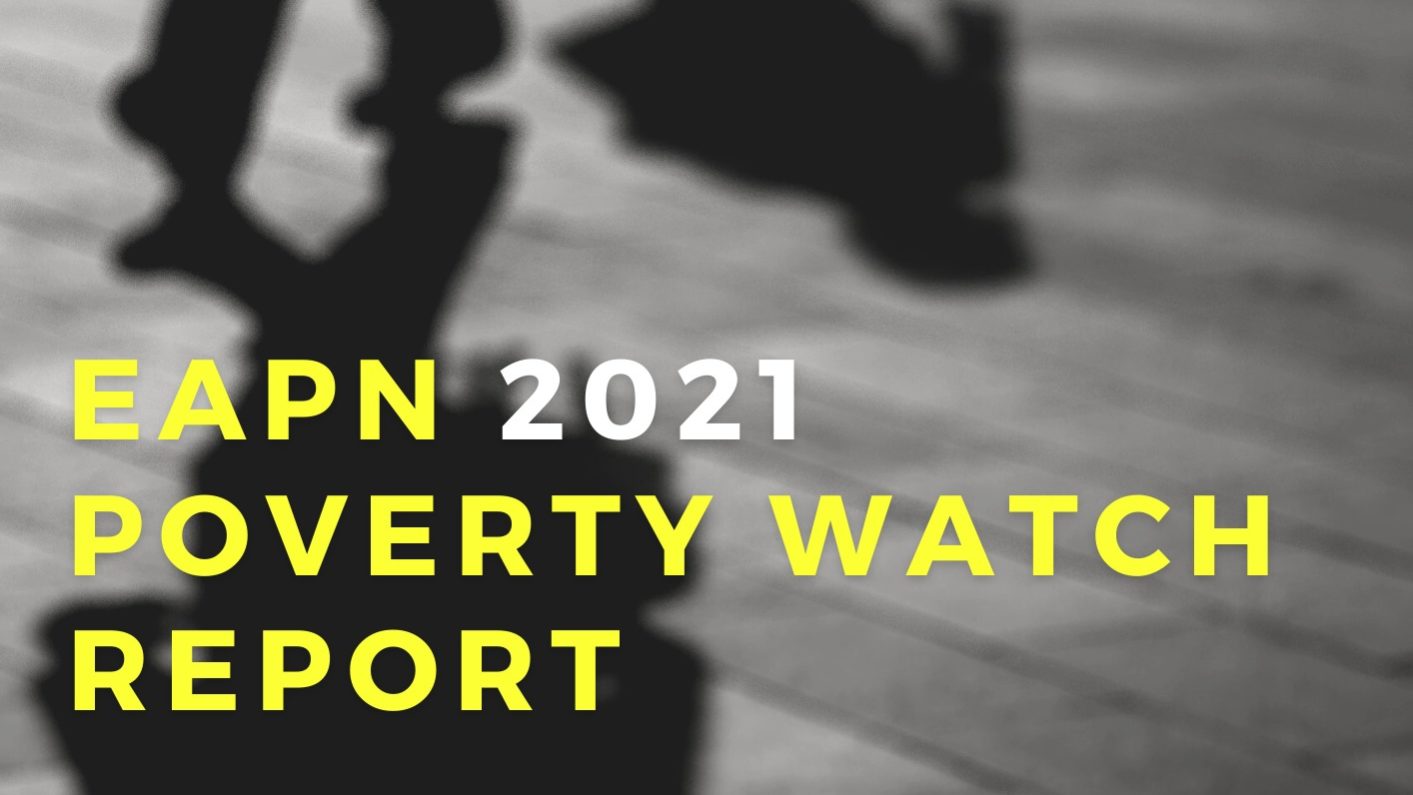 This EU Poverty Watch report aims to capture the main findings, messages and recommendations from 21 Poverty Watches produced by our members. These reports start from the reality of people experiencing poverty and the perspectives of the NGOs that work with them. They aim to monitor key trends and policy, raise awareness about the reality for people experiencing poverty and propose concrete recommendations backed by examples.

The COVID-19 pandemic has merely aggravated pre-existing, structural and systemic societal deficiencies. Therefore, this Poverty Watch Report focuses on the evolution of inequalities, fuelled by the COVID-19 pandemic and the erosion of the social welfare state. Induced by reform policies in previous years, the pandemic has further restricted the use of essential services.

The pandemic impeded a considerable amount of relevant data collecting and compilation at not only the EU-level, but also at the national level. Consequently, the respective national Poverty Watch reports mostly refer to 2019 data, available during the drafting of national reports. However, where Eurostat statistical data were unavailable, civil society organisations continued their critical role in collecting and presenting alternative administrative data on poverty in the last year. For example, this year’s national Poverty Watch reports indicate that food banks reported a concerning influx of the individuals standing in line for meals in comparison to previous years.

The European Union Statistics on Income and Living Conditions (EU-SILC) reported that in 2020 there were 96.5 million people in Europe, and roughly 1 in 5 (21.9%) were at risk of poverty or social exclusion (AROPE). According to AROPE rates, up until last year, relative poverty — linked to insufficient income – has been declining from 2016 to 2018 but picked up again in 2019 and 2020 (although still at a lower level than in 2016). When it comes to adequate income, however, this is not the case. Having a job is increasingly not necessarily a viable route out of poverty. In 2019, almost 1 in 10 workers (9%) experienced in-work poverty (EUROSTAT release).

Read more about the realities #BeyondTheData and recommendations on how to tackle this in our new Poverty Watch Report!