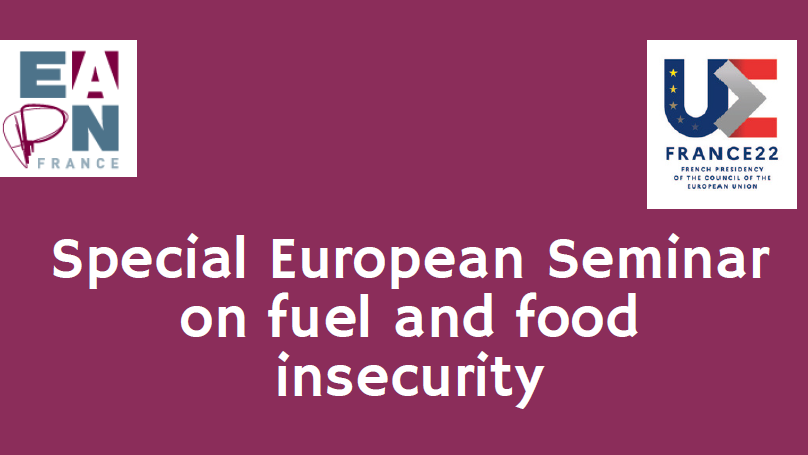 EAPN France, organised a Special European Seminar on fuel and food insecurity on Wednesday 1 June from 10am to 5pm as part of the French Presidency of the Council of the EU.

The goal of this special day was to exchange with and for people experiencing poverty in the different EU member states, as well as to compare the responses provided by their governments and the European Union.

It was structured around testimonies of people experiencing poverty and NGO representatives from EAPN France and other national EAPNs (Germany, Spain, Netherlands, Czech Republic, Ireland.) who put forward proposals to improve public policies in these two areas at both French and European level, and brought them to the attention of the French central administrations, the European Commission and the MEPs present.

Read the report with recommendations here in English and French