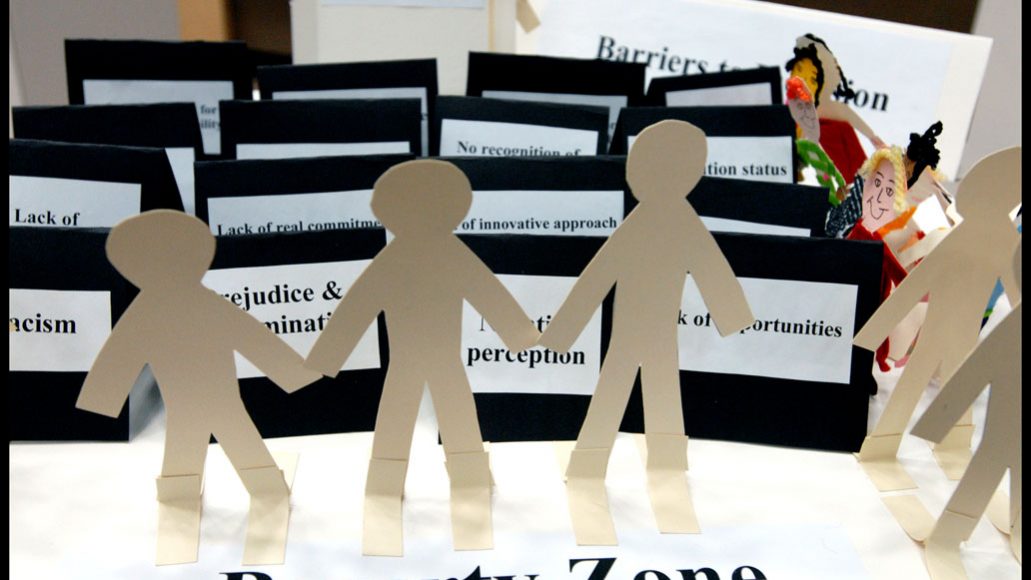 The European Meetings are one of the rare occasions where people experiencing poverty directly ‘take the floor’ and interact with politicians and Institutional actors. With a less formal format this year, this event had more elements of solidarity building and cultural exchange. The meeting was officially opened by Martin Schulz, President of the European Parliament on 18 June and was closed with a symbolic action outside the Esplanade on 20 June.

Reports of the 2013 Meeting

3 different reports have been produced out of the Meeting:

which includes the Background and Content of the European Meetings; the Key Messages of the 2013 Meeting, the Summary of the Main Inputs

Each delegation came with slogans, particular messages for this 2013 Meeting. E.g., the French Delegation had the slogan: “La pauvreté n’est pas une fatalité, combattons là ensemble”. “Poverty is not a destiny, let’s fight it together.”

The recent Commission Communication ‘Towards social Investment for Growth and Jobs’ which was released as part of its Social Investment package calls on Members States to fully implement the Recommendation on Active Inclusion (2008) integrating its three pillars, adequate income support, inclusive labour markets and enabling  services.

The Communication commits the Commission to develop in 2013 a common methodology for reference budgets as part of the monitoring of adequacy of income supports.

The exchanges at the 2013 meeting contributed to this objective by:

You can find the following Speeches:

Objectives for the 2013 Meeting

For general information linked to the meeting, please contact team@eapn.eu.

The meeting is organized, this year, by EAPN, with support from the European Commission, the Irish Presidency of the Council of the EU and the EAPN Fund. It will be held in a temporarily constructed Conference Centre on the Esplanade directly in front of the European Parliament and visible from Place du Luxembourg.