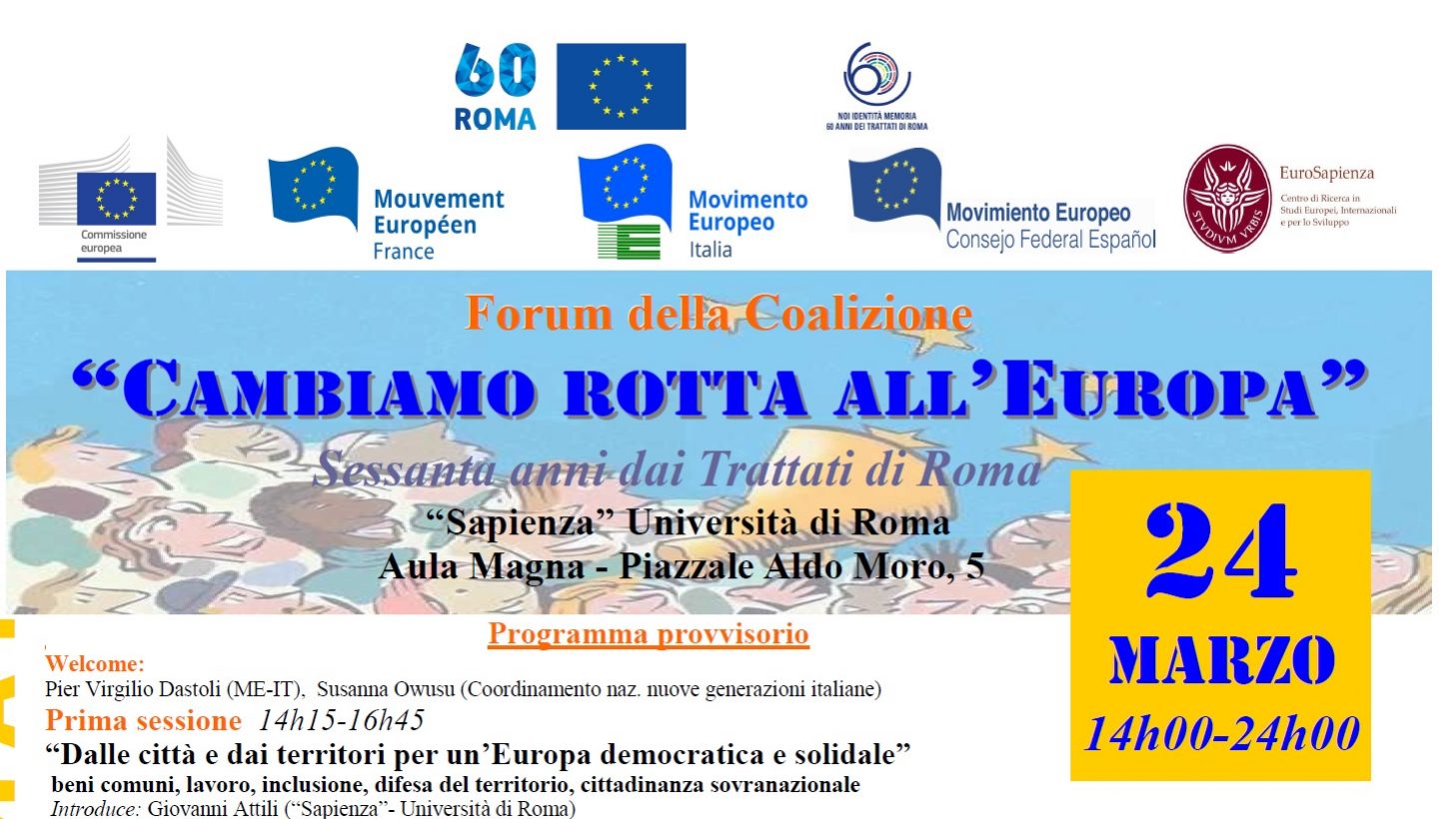 CILAP EAPN ITALIA is part of the coalition “Changing Course to Europe” and has been working with the members of this coalition to make March 24 and 25 a day two days of celebration and ask that Europe takes its right place for a world of peace, justice and solidarity.

March for EUROPE! On March 25th, in the morning, the coalition will march to the Coliseum and, together with other groups, will ask that Europe goes back to its roots since a DEMOCRATIC EUROPE WILL ASSERT ITSELF ONLY IF CITIZENS WILL CHANGE ITS COURSE