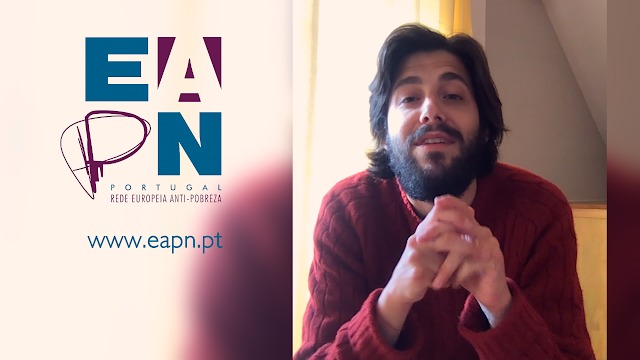 The month of May doesn’t just signal disappointing Spring weather, it is also Eurovision month! Fans will be delighted to know that the winner of the Eurovision Song Contest 2017, Salvador Sobral, has collaborated with EAPN Portugal with their campaigns. Last year, he featured as the ambassador for the campaign ‘SOS Roma communities.’ Thanks to assistance and contributions from partners, individuals, and companies, the campaign managed to raise €9500 in help for the most vulnerable Roma families.

This year, the singer is back and featured in the anti-hate speech social media campaign as part of EAPN Portugal’s Interculturality Week 2021 (Twitter, Facebook and Instagram). The campaign ran between 6 and 30 April and included well-known public figures wearing a T-shirt with a slogan (message) and taking a picture for the social media channels. The campaign can be seen on EAPN Portugal’s social media channels. We applaud Salvador for helping to spread key messages of vulnerable groups in our societies!