EAPN welcomes the good intentions behind the European Pillar of Social Rights – but is it enough to save Social Europe? 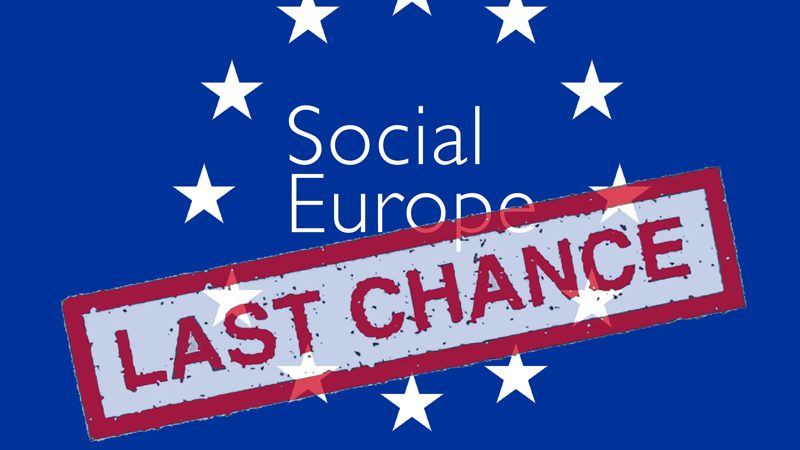 Yesterday (the 26th April 2017), the European Commission launched the long-awaited package on the European Pillar of Social Rights.

EAPN welcomes the adoption of the Communication and the Social Pillar package as an important demonstration of a will to deliver on President Juncker’s promise of the “Social Triple A”, at a time when Europe faces the consequences of long standing mistakes and a real threat of disintegration. However, we are concerned about the concrete impact on the lives of the 1 in 4 Europeans living in poverty.  Will it help to guarantee or reinforce their social rights? Will it help to rebalance the EU priorities to ensure economy policies deliver for people, not just for business? These in the end will be the key tests if people are to renew their faith in Social Europe.

Initial key positive elements include a clear rights-based approach aiming at upward convergence on rights as well as improving take up of rights. Some important improvements are seen in the key principles – for example the recognition that children have a right to protection from poverty, the new provision of a right to social protection to apply to all types of workers; the recognition of the right to adequate unemployment benefits for reasonable duration, and very importantly for EAPN, the explicit stating of the right to a minimum income that ensures a life in dignity. The legislative proposals on work-life balance and access to social protection also appear a positive step forward, as do the extension of a social scoreboard and the mainstreaming of monitoring through the European Semester.

However, the pillar remains a framework of principles rather than binding obligations that can guarantee rights, particularly for the most vulnerable, and initially it is only focused on the Euro area, and this is one of the major concerns. The lack of focus on poverty and social exclusion (beyond children), or link to Europe 2020 targets raises high concerns. We would need to see more concrete benchmarks particularly in key areas of social protection and social inclusion, linked to active inclusion, and explore in detail how the package will be implemented on the ground with the involvement of Member States and stakeholders. The lack of concrete legal and non-legal initiatives and proposals for EU frameworks on minimum income, minimum wage and funding levels for social protection raises worries of how the package will benefit those people who are not working, or only in poor quality jobs. Finally, whilst civil society is identified as an actor to aid implementation, civil dialogue is not considered on a par with social dialogue, which is a very difficult to understand – and accept – missed opportunity.

“We had, understandably, great expectations about the pillar. As we have said so many times, we believed this could be the last chance for rebuilding a Social Europe. Therefore, and believing that this initiative will really make a difference to people’s lives, we actively involved our members and people experiencing poverty in consultations at local, national and EU levels. It is absolutely vital that this initiative leads to concrete and some immediate results for people living in poverty, otherwise it will be impossible to keep and gain support for defending Social Europe – or any Europe at all.” said Sérgio Aires, President of EAPN.

EAPN will be examining the package in detail with its members over the coming weeks.

The Social Pillar package published on the 26th April consists of a Communication on the European Pillar of Social Rights which sets out “key principles and rights to support fair and well-functioning labour markets and welfare systems, also essential for a resilient economy, and to build better convergence towards better working and living conditions”. It is primarily conceived for the Eurozone, but is open to all EU Member States. It is linked to a proposal for an interinstitutional proclamation which will be further adapted/debated in the Social Summit on the 17th November. The Communication is accompanied by a number of legislative and non-legislative initiatives related to work-life balance, information for workers, access to social protection, and working time arrangements, and by Staff Working Documents on the implementation of the Active Inclusion and Investing in Children Recommendations.

EAPN Position Paper on the Pillar of Social Rights

EAPN called for 4 urgent steps to ensure that the EPSR can contribute to making Social Europe a reality!