EAPN’s 2016 ANNUAL CONFERENCE | From the Delors White Paper (1993) to the EU Pillar of Social Rights (2016), what future for the fight against poverty in Europe 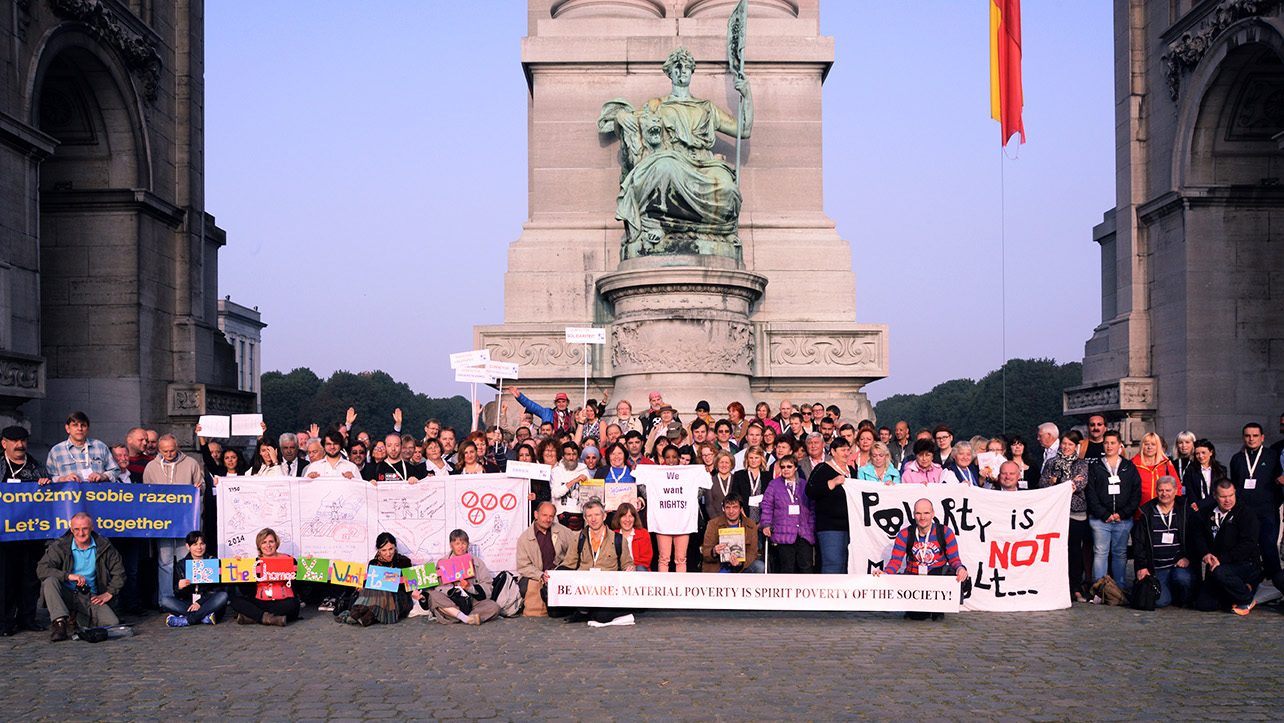 From the Delors White Paper (1993) to the EU Pillar of Social Rights (2016), what future for the fight against poverty

EAPN held its conference on 16 June 2016 to provide a concrete and timely input to the key European Commission consultation on a European Pillar of Social Rights. EAPN provided its experience and insights into how such a Pillar could complement or build on the existing strategies such as: Europe 2020 and the European Semester and the Social OMC.

The potential of the Pillar of Social Rights was reflected upon, and links to the future role of the EU in the fight against poverty and social exclusion explored.

On March 8 2016, the European Commission launched a public consultation on a European Pillar of Social Rights. This was announced by European Commission President Jean-Claude Juncker in September 2015, and is part of a greater initiative to strengthen the Economic and Monetary Union (EMU), and, implicitly, its social dimension, by ensuring upward social convergence between Member States.

The initiative is targeted at the Eurozone, aimed at strengthening the Economic and Monetary Union, but other Member States can join if they want to. The reasoning is the strong economic interdependence in the Euro area. The legal nature of the Pillar is to be defined, as it will involve a number of different tools of a diverse nature, according to the content, subsidiarity principle, and overall legal EU framework.

Commitments in the consultation on the Pillar of Social Rights, come under three headings:

Participants: Around 70 EAPN members participated from the national level, including people with direct experience of poverty, plus some European Organisation members of EAPN, and around 80 Brussels-based stakeholders.

A Video tribute to activists by Genevieve Baert with messages from the 2015 EU Meeting of People Experiencing Poverty, opened the conference

Prior to the conference, EAPN members reflected on the potentiality of the Pillar of Social Rights. 5 members made presentations to frame the reflections:

after EAPN Policy Coordinator Sian Jones had introduced the Pillar at the beginning.

See a snapshot of tweets & pictures of the day!

The programme can be accessed here (PDF).

And speakers from the European Parliament; other civil society actors, and people with direct experience of poverty.

A series of photographs by Bence Jardany, organised by the office of Tamas Meszerics (Greens/EFA) was exhibited at the conference. It illustrates the European Parliament Report Meeting the anti-poverty target in the light of increasing household costs.

Contact the Acting Director Mr Fintan Farrell for information on the event’s programme and the issue: fintan.farrell@eapn.eu

This event is supported by the European Union Programme for Employment and Social Innovation “EaSI” (2014-2020). The information contained does not necessarily reflect the position or opinion of the European Commission. For further information please consult: http://ec.europa.eu/social/easi.