MAG 2/2009: Tackling the social impact of the crisis 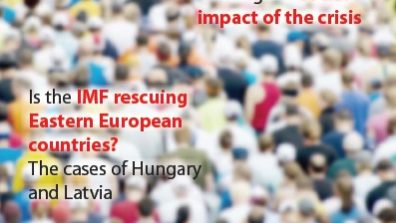 This magazine also casts light on the particular situation of  4 EU countries and on the triple crisis faced by developing countries.

The new issue of the Anti-Poverty Magazine deals with the economic, financial and social crisis in Europe. What should be done to tackle the social impact of the crisis? Can IMF loans rescue Eastern Europe countries from the crisis? What is the impact of the crisis on children? This magazine also casts light on the particular situation of Spain, Ireland, Finland and Germany. Last but not least, this issue also looks at the crisis in developing countries, which are facing a “triple crisis”.