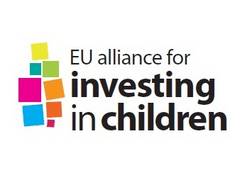 07/12/2015 – The campaign to get the declaration on investing in children in the EP has been successful, with EAPN support. In a historic move this week, the majority of Members of the European Parliament signed a declaration promoting investing in children. The Written Declaration, designed to raise political awareness towards the European Commission and the Member States, calls for social and macroeconomic policies to protect children and their families as a political priority, especially those living in poverty.

More than one child in four is at risk of poverty or social exclusion in the European Union. Poverty experienced during childhood often has life-long consequences and is then passed from one generation to the next.

“The voice of the European Parliament is loud and clear: we need to invest in the children of today. Organisations working to end child poverty and promote child well-being across Europe are encouraged by the support MEPs are giving to this cause. We now look to the Member States and the Commission to make progress on the content of this initiative” said Jana Hainsworth, Eurochild Secretary General.

Among others, the Written Declaration calls on the European Commission to introduce specific indicators on children at risk of poverty; and urges EU Member States to use EU funding to implement the Commission Recommendation Investing in Children: Breaking the cycle of disadvantage. This will be relevant also in light of the new Sustainable Development Goals, urging all Member States to reduce at least by half the proportion of children living in poverty by 2030.

Commitment of the European Parliament to end child poverty and break the cycle of disadvantage is at its peak this year. The recent resolution on reducing inequalities with a special focus on child poverty and this Written Declaration shows MEPs are loyal to their constituents in promoting issues that concern 28% of the EU’s child population: poverty and social exclusion.

“We, MEPs want child poverty to be given the political attention it deserves. We must make investing in children a priority if we want Europe to prosper” said MEP López Istúriz-White, the first co-signer of the initiative. “In my country, Spain, economic recovery is starting to take off, and this should positively impact on the fight against child poverty. A robust economic recovery has to be inclusive, that is why it is crucial to give equal opportunities to all children.”

The EU Alliance for Investing in Children wishes to acknowledge those 414 MEPs who gave their name to this initiative and especially those 11 MEPs who launched it 3 months ago.

The proposals for action in the Declaration are aimed both at the EU and its Member States. With the support of the Parliament, the time is right to translate the commitments into concrete results for children.

NOTES TO THE EDITOR

The EU Alliance for Investing in Children, brings together European networks which share a commitment to end child poverty and to promote child well-being across Europe and support the full implementation of the European Commission Recommendation “Investing in Children – Breaking the Cycle of Disadvantage”.

To find latest number of signatories of the Written Declaration on Investing in Children please consult the European Parliament’s website.