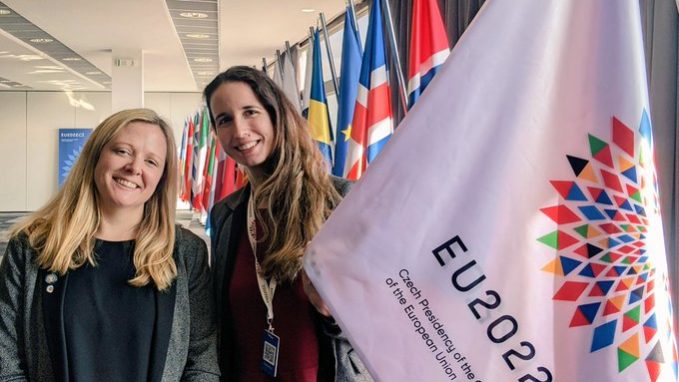 On the 13th and 14th of October 2022, EAPN (with the Social Platform) attended an EPSCO informal meeting – known as the Ministerial Meeting of Social Affairs and Employment Ministers. The meeting, which took place in Prague, focused on current issues such as energy poverty and welcoming Ukrainian refugees on the agenda.

In the first session (on the integration of those fleeing the war into the labour market) we were positively impressed with Member States’ integration measures in support of refugees. However, it was important to raise the question of double standards for refugees of other countries and backgrounds in terms of access to essential services, social protection schemes, and funding.

The rising inflation and energy prices were the focus of the second session, where Member States spoke about the effort and resources that social and employment ministries on the topics, such as:

We have been raising the alarm about energy poverty in Europe for years. In times of multiple crises (cost of living, inflation, and energy prices), we believe that the EU must find the right balance between emergency measures and structural investments contributing to the reduction of energy poverty. We support the adoption of targeted measures reaching those who live in the most vulnerable condition, rather than providing general support with no income redistribution angle.

It is clear that an EU-wide approach to the energy crisis is the only solution in the long term.