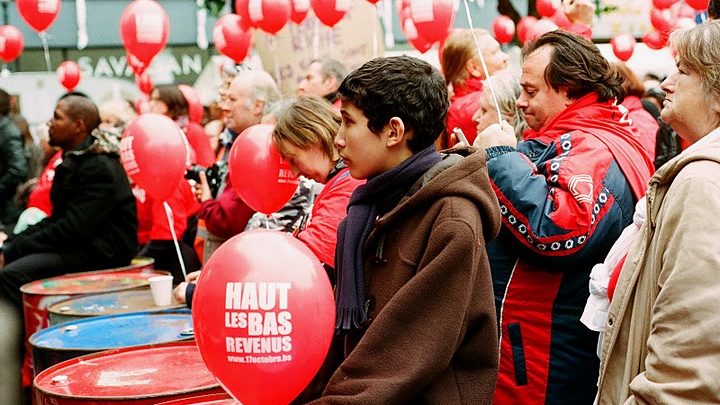 Today, the European Commission published its Communication on the Europe 2020 Flagship Programme: Platform against Poverty.  The Commission sets out a framework for action: “to ensure social and territorial cohesion, such that the benefits of growth and jobs are widely shared across the European Union and people experiencing poverty and social exclusion are enabled to live in dignity and take an active part in society”.

“The poverty-reduction target and the actions proposed in the ‘Platform against Poverty’ should ensure that there is an relevant political legacy from the 2010 Year for combating poverty and social exclusion” said Ludo Horemans, President of EAPN.  “However, given the reality of the austerity measures taken in most Member States, which impact on people living in poverty and exclusion the most, urgent actions will be needed if the good intentions and commitments in the Platform are to be convincing” added Mr Horemans.  According to EAPN, such a confidence-building measure could be the commitment for all Member States to provide adequate Minimum Income schemes at least above the poverty threshold, as proposed by the European Parliament.

EAPN welcomes the Commission’s proposal of a framework based on a multi dimensional approach to tackle poverty and social exclusion, in particular the commitment to mobilize all policies in the fight against poverty and to ensure that Structural Funds are focused on the delivery of the poverty-reduction target. However, for EAPN, the failure in the overall strategy to recognize the negative impact of growing levels of inequalities in our societies is a major weakness.

“While the Communication commits to a dynamic engagement with stakeholders, including NGOs and people experiencing poverty, the governance of the strategy remains unclear”, said Fintan Farrell, Director of EAPN.  “If the strategy is to be a truly EU-wide strategy and not just a Brussels-based exercise, then local and national action plans for inclusion, as well as follow up of distinct thematic areas, will be essential to deliver on the promise of engaging stakeholders”, concluded Mr Farrell.