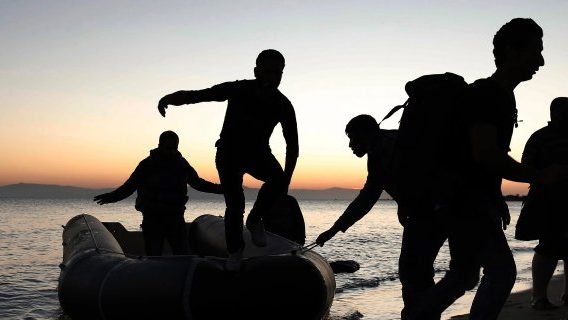 EU must at all costs avoid a moral defeat and put in practice its best reasons for existing: solidarity, defence of human rights and peace.

Thousands of boat-people in search of a better future, or simply in search of survival, are landing daily on the southern borders of Europe. They land on European soil and are exhausted, hungry, frightened; many have been tortured and, if women, raped.

They are our brothers and sisters: they are part of the people EAPN work with and for, making no distinction as to where they come from or the color of their skin, aware as we are that only by chance were we fortunate enough to be born in the “right” part of the world.

“The Member States seem unable to respond with dignity, solidarity and humanity to this emergency, one that concerns not banks, money or free markets but people. And this puts totally at stake the EU reasons for existing. We must once and for all start tackling the causes of poverty by challenging the economic model that brought us to this unbalanced and unequal world which precisely impacts firstly on the people in the countries facing the most extreme poverty”, says Sérgio Aires, EAPN President.

In the face of this situation that threatens to put an end to the European Dream, EAPN asserts the following:

– The EU needs to open humanitarian corridors. Only by doing this will the refugees arrive in safety and will criminal organizations cease making money by smuggling (and killing) innocent people, many of whom are women and children.

– A huge, sustainable and democratic “Marshall Plan” for Africa and other sending countries  with large scale investment designed together with the local population, needs to be put in place as soon as possible.

Lastly, EAPN asks that the EU institutions and member states make all the necessary efforts to counter the xenophobic, racist and fascist wave of opinion, skillfully propagated and abetted in some quarters, that is not only putting the social cohesion and the future of Europe at serious risk, but that, if not stopped, will be the cause of the greatest European Union moral defeat.