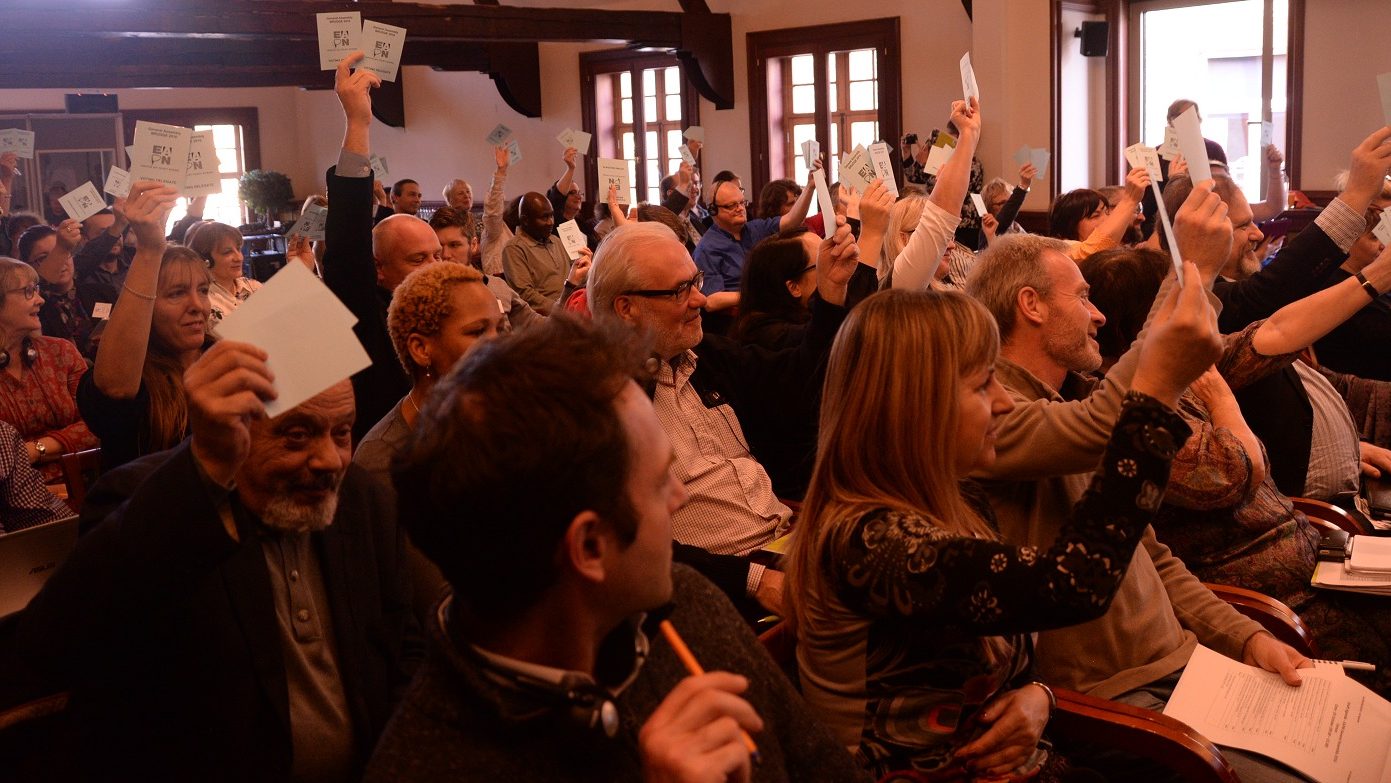 The European Anti-Poverty Network, (EAPN), the largest European network of anti-poverty organizations across 31 countries, held its General Assembly on October 29 in Bruges.

The EAPN General Assembly met while Europe is in a critical situation. Some of its features are the post-BREXIT; the humanitarian crisis suffered by people arriving in Europe; the accelerated deterioration of Greece’s economy and welfare, as well as the failure to do more to help the continent’s ailing southern economies; the failure to raise social standards in most central and eastern European Member States, critically low incomes in Baltic and Balkan States, the spread of xenophobic and racist messages, with far-right parties rising in many Member States. On top of this, inequality is rising and more than 123 million Europeans are at risk or living in poverty and exclusion.

Moreover, the concentration of wealth is reflected in who holds the economic and political power.

Underlying this critical situation, are deep fundamental challenges for the EU. Namely, the weakening of the EU’s mission, the breakdown of its founding values, and the EU’s alienation from the citizens’ interests.

The European economic policy must leave the austerity ideology, in order to enable it to promote a fairer society, better redistributive policies and tax justice, starting with a global tax on wealth across the EU.

To include the quarter of the European population that is currently marginalized the proposal for a European Pillar of Social Rights must provide a European floor of social standards, capable of acting as a springboard for accessing a decent standard of living for all throughout Europe.

These proposal should form the basis of a comprehensive EU Strategy to fight poverty, exclusion and inequalities backed by earmarked EU funds to deliver such a strategy.

Finally, Member States and the EU should recognize the role of civil society, including organizations fighting poverty, as guarantors of the coherence of EU and Member States’ policies, through a structured political dialogue.

We are at a critical time in Europe; this quandary must be solved by retrieving and implementing our common Fundamental Rights and emblematic values for the wellbeing of all and, particularly, for the 123 million people living in poverty and exclusion who have being waiting too long.

Read the Final Declaration of the GA 2016