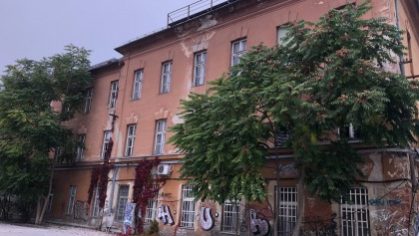 Non-governmental organizations in Slovenia are increasingly targeted by the government’s restrictive measures and hostile rhetoric. Especially NGOs engaged in independent cultural production and defending human rights, media freedom and the environment are being targeted. Legal and financial restrictions have been applied to them and the epidemic is used to justify such measures. The media, the judiciary and independent state bodies are also under attack.

Amid such developments, and in the circumstances of a dramatic second wave of the epidemic in the country, 18 non-government organizations, among them the Peace Institute (part of EAPN Slovenia), were recently requested by the government (Ministry of Culture) to vacate the premises in the building at No. 6 Metelkova Street in Ljubljana, in which they have been operating since the mid-1990s.

EAPN Slovenia has prepared a Response to the request and started a petition requesting that the building at No. 6 Metelkova Street remains in the use of current tenants and that the government should provide free, safe and supportive environment for civil society and independent culture.