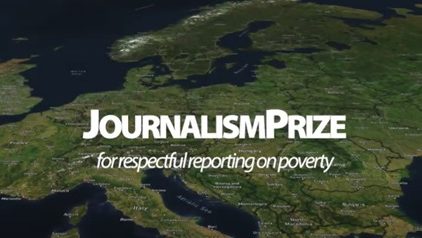 In 2010, the JournalismPrize for respectful and profound poverty reporting was developed. The aim of the prize is to promote good journalism and poverty reporting which reflects the different aspects of poverty, treats people experiencing poverty respectfully and deals with the background and structural reasons of poverty. The jury is exclusively made up of people experiencing poverty. The prize was originally an Austrian project, but since 2016 the prize is also transferred to other European countries with support of ERSTE Foundation.

The Austrian Armutskonferenz has now created a video with some longtime involved partners.