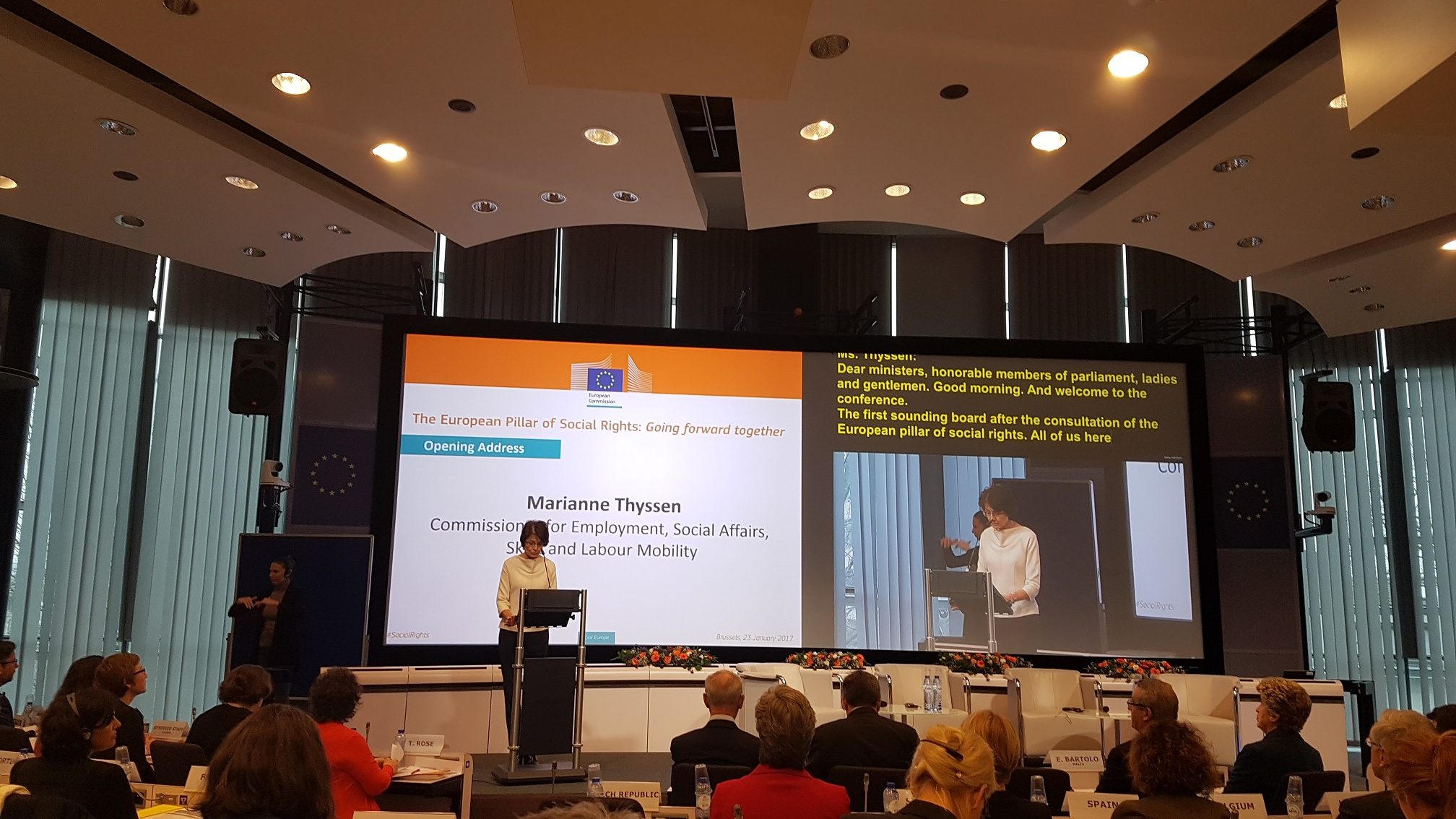 The Commission’s high-profile conference on the European Pillar of Social Rights (EPSR) took place on Monday involving over 600 participants, and a range of high-level speakers including President Juncker, Commissioner Thyssen, and the new President of the European Parliament, Antonio Tajani who gave his first speech there.

The conference appeared to be aimed at feeding back on the consultation on the EPSR and demonstrating unity amongst the Commission, European Parliament and Member States on the importance of the EPSR rather than an interactive dialogue with all actors, particularly civil society, on concrete proposals and ways forward.

There was a strong consensus on the importance of putting economic and social policy on a par, mainstreaming social rights through EU policy, particularly through a revised European Semester. EAPN welcomes the shared conviction that the EU should support upward convergence on social standards, particularly with regards to a minimum wage and a minimum income.

“I’ve always felt the social dimension wasn’t fleshed out. We need a social pillar. We need the EU to deliver on a minimum wage and minimum guaranteed income – people deserve dignity”. President Juncker, President of the European Commission.

Unfortunately, few concrete details were available on what we are to expect from the Pillar, beyond employment and benchmarking. EAPN’s demands – particularly for concrete measures on social standards, including an EU framework directive on Minimum Income; new funding initiatives to fight poverty and enhanced participation and democracy – were not adequately taken up.

Sérgio Aires, President of EAPN said: “Is the fact that 119 million people are living in poverty a good enough reason to create the indispensable political will to fight poverty and safeguard social cohesion and democracy? If Europe is indeed above all about shared values, namely peace and solidarity, let’s show this means something and act in that direction.”

Furthermore, the conference could have given a stronger voice to civil society. In many of the workshops, no space was given for any interventions from actors other than invited speakers or respondents. This sends a negative message about the importance of civil society, just at a time when support from organisations on the ground is so crucial, with the future of the EU itself under threat.

If the Commission is serious about “going forward together”, we need to see a move from rhetoric to concrete actions. Together.