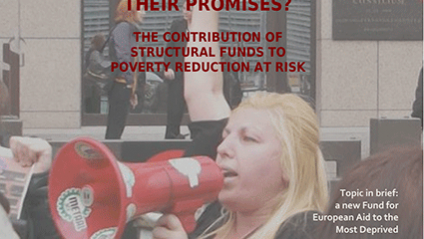 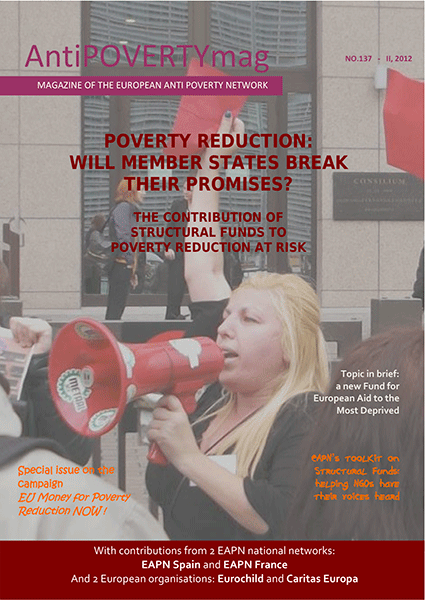 This issue of the EAPN Mag on the future of the EU Structural Funds tells the story of how the Member States are ready to break the promise they made when the agreed the EU Poverty Reduction Target. One of the key fruits of this agreed target has been the proposal from the Commission to ring-fence 25% of the next round of Structural Funds for the European Social Fund (ESF) and to ring-fence 20% of the ESF to fight poverty and social exclusion.

Given the reality shown by official figures that instead of reducing poverty and social exclusion the number has increased by almost 4 million; given that our members, from their work on the ground, know that the reality is far harsher than this figure reflects, EAPN believes that the Commission’s proposal is the minimum that could be expected to address this reality. The rejection of this proposal by Member States is a clear break with the commitment they made when they agreed the Poverty Reduction Target.