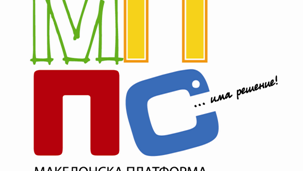 MAPP is an alliance of over 88 non-governmental, non-partisan and volunteer organizations, informal associations of citizens, support groups, syndicates and individuals working in different fields and joining forces to underline and single out the problems which the citizens are facing as their common interest; working towards promotion of social justice and equality, participatory democracy and civic solidarity in order to provide responsibility and transparency in the work of the authorities, respective public institutions and governmental bodies when the implementation of the accepted international obligations and responsibilities are concerned.