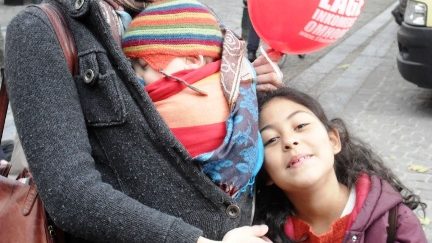 Brussels, 30 November 2015 – As the European Commission finally adopted the Annual Growth Survey package (AGS 2016) last Thursday, Commissioner Thyssen promised to put “social fairness at the heart of our economic recovery. Member States need to overcome bottlenecks to job creation, improve the way labour markets work and make sure everybody in Europe can enjoy a decent level of social protection if we want to achieve more convergence.” However, the evidence of this new approach is not so clear, nor does the package contain any mention of the promised Social Pillar on rights and social standards.

The main message is that the economic medicine is working, as the AGS backs the same three priorities as in 2014: 1) Relaunching investment, 2) Pursuing structural reforms and 3) Responsible fiscal policies, aiming to deliver growth and jobs and economic convergence. Europe 2020 is highlighted in a separate box, but then not mainstreamed – nor is there any explicit mention of the poverty and other social targets.

Although a new potentially positive focus is given to social investment, particularly in healthcare, housing support and rehabilitation services, the emphasis is on getting people into jobs rather than ensuring access for all to rights, quality services and jobs.

Support is also given to job creation and providing more personalized integrated active inclusion support as social infrastructure. However, little is said about how quality jobs are going to be created, ensuring that people who are excluded get access. While the focus on more adequate social protection and income support is important, they are tempered by the emphasis on increasing conditionality, to ensure ‘incentives to work’, rather than the right to a dignified life.

“We had great hopes from President Juncker and Commissioner Thyssen’s recent words of finding a strong social rights pillar at the heart of the new Annual Growth Survey, but it’s hard to see big changes in this AGS, that can bring hope to the 122 million people facing poverty and social exclusion across the EU”, said Sérgio Aires, President of EAPN.

“More focus on social investment could be positive, but it needs to be clearer how this will benefit people and particularly those facing poverty and social exclusion. We hoped to see a clear priority to delivering on the poverty and social targets, and commitment to social rights beyond employment – particularly in guaranteeing social standards in access to minimum income and social rights”, said Fintan Farrell, Acting Director of EAPN.