New report on poverty in rural areas in Macedonia 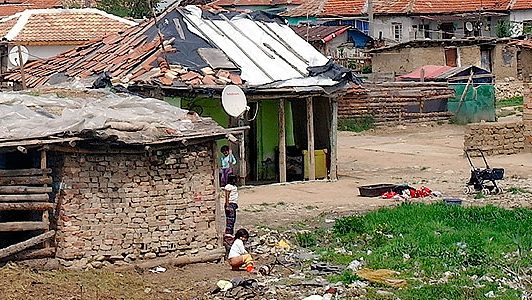 The Federation of Farmers of the Republic of Macedonia in partnership with the Faculty of Agricultural Sciences and Food and in consultation with the Macedonian Anti-Poverty Platform has prepared a new report on the living conditions in rural areas in Macedonia, one of the poorest countries in Europe.

Through a multidimensional analysis, the report takes into consideration the macro-level indicators and dimensions of poverty to describe the socio-economic, environmental, political and institutional context. Such general context is connected with poverty conditions in rural areas.

“People living in poverty are particularly exposed to risks related to climate change and environment degradation as well as conflict and tensions, adding to their vulnerability“.

Despite several and dramatic economic reforms since Macedonia’s independence, the unemployment rate is still very high (27.3%)  as well as the poverty rate.

72% of the people of the country have reported to manage their living standards with difficulty.  The rate of poor employed citizens is 8.9%, while the rate of poor pensioners is 7.3%. The agricultural sector is traditionally characterized by the lowest salaries in the country, which in 2017 amounted to 16,740 MKD (around 270 EUR).

The report used official data provided by the State Statistical Office (reports, censuses etc.), World Bank, EU Commission,  Freedom House, Transparency International, UNDP,  the Center for Research and Policy Making, NGO Solidarnost, NGO Macedonian Anti-Poverty Platform, NGO Federation of Farmers of the Republic of Macedonia and literature in relation to the topic in the country and the Western Balkan region.