No Sanctions, No Fines | Sanctions on Spain and Portugal will delay economic recovery, generate poverty and create more disaffection with the EU 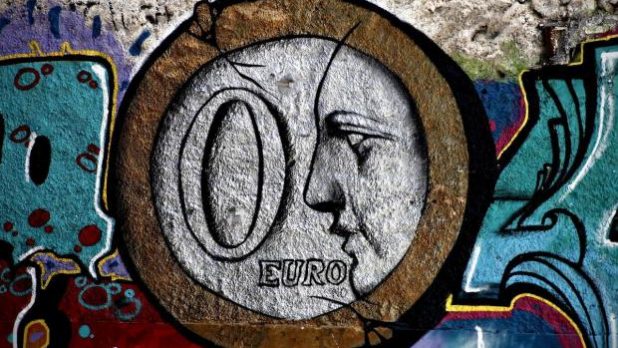 Sanctions on Spain and Portugal will delay economic recovery, generate poverty and create more disaffection with the EU

Brussels, 25 July 2016 – On 12 July 2016, the Council found that Portugal and Spain had not taken effective action in response to its recommendations on measures to correct their excessive deficits. It confirmed that the two countries will not reduce their deficits below 3% of GDP, the EU’s reference value for government deficits, by the recommended deadline. And in both cases, it found the fiscal effort to fall significantly short of what was recommended.

The Council’s decisions are triggering sanctions under the excessive deficit procedure, based on article 126(8) of the Treaty on the Functioning of the European Union. The Commission is recommending further Council decisions imposing fines. Those fines should amount to 0.2% of GDP, and could (partly) be materialized through cuts in their share of Structural Funds.

The European Anti-Poverty Network, the largest European network of anti-poverty organizations across 31 countries[1], states that these sanctions and fines are counter-productive to the economic recovery, and will generate more social disaffection regarding the European Union, as well as more poverty and social exclusion as a result of austerity cuts in services and social protection. None of these consequences are desirable in the current economic and political situation.

Furthermore, our specific concern is about the impact of a proposed cut in Structural Funds going to both member states, since these reductions would be detrimental to social programmes that promote the labour insertion and social inclusion of the most vulnerable people. In the end, the Council sanctions punish the Spanish and Portuguese long-term unemployed, the poor, and socially excluded who are clearly not responsible for their governments’ actions.

In the eyes of millions of Europeans, the EU has become a distant and irrelevant institution that seems to have little positive impact on their lives. If the EU is to survive and develop, this must change.

The dominant focus should not be on “preserving responsible public finances” at any price.  A more comprehensive understanding of the situation in these countries in order to accomplish the macroeconomic targets should consider -at least- the following three facts.

First, economic growth is improving, but Spain and Portugal should still be considered “exceptional cases” that allow “temporary excesses”, as envisaged in the Treaty on European Union. Briefly, more time is needed.

Secondly, if the European Commission takes into account the “primary” deficit (which is the overall deficit minus interest on the public debt, as proposed by the IMF), current objections to France, Italy and Spain become unnecessary. A new calculation could be feasible and more convenient for these member states than the current methodology.

Third (and the most important reason): to implement more austerity measures affecting social expenditures is not socially or politically viable, neither in Portugal, nor in Spain. Therefore, more “inclusive growth” is needed in order to keep up with the public deficit reduction, and not more revenue through an increased indirect tax burden, and/or further reduction in social investment and expenditures.

In this regard, we concur with the European Commission in highlighting the importance of strengthening the social dimension of the EU and a commitment to social rights in all its facets. The European Union should prioritise the fight against poverty and social exclusion, including child poverty, in line with the Europe 2020 target, honouring its commitment to the new European Pillar of Social Rights and through an overarching, integrated anti-poverty strategy.

No sanctions. No fines.

[1] EAPN membership consists of 31 national networks (in 27 of the 28 Member States) made up of national, regional and local networks, involving anti-poverty NGOs and grassroots groups, as well as 18 European Organisations, active in the fight against poverty and social exclusion.