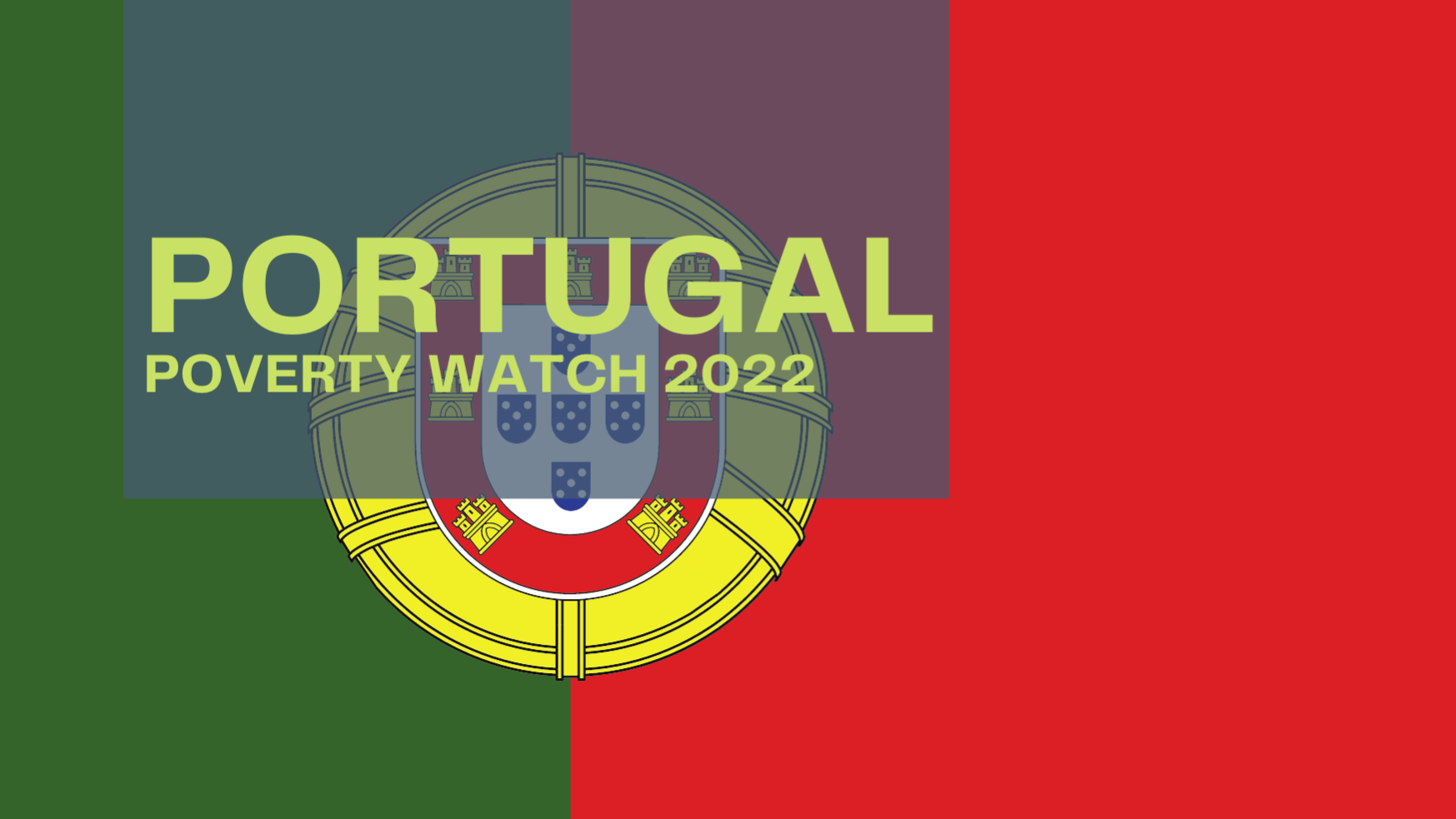 After two years of the pandemic, there is an increase in the at-risk-of-poverty rate at the national level. A clear sign that the pandemic has worsened the social and economic situation of the Portuguese. Added to this scenario is a political crisis that led to new legislative elections in January and a war in Europe that began in February that led to a massive displacement of refugees. To the difficulties already experienced, others have been added, such as the increase in food, fuel and energy prices. Poverty Watch 2022 aims to report on these new challenges facing the country and its citizens, particularly the most vulnerable.

Response mechanisms are presented to challenges, such as the Recovery and Resilience Plan (RRP) with an allocation of 13.9 billion euros in grants and 2.7 billion euros in loans and the next financial framework with an allocation of 23.8 billion euros. Instruments that are intended to support the achievement of political agendas such as the Sustainable Development Goals and the European Pillar of Social Rights that are central to strengthening the social cohesion of Member States.

Poverty figures in Portugal indicated a decreasing evolution in the last years, mainly after the last financial crisis. According to the latest data from INE1, the At Risk of Poverty and Social Exclusion Rate (AROPE) was 19.8% in 2020 (it was 21.6% in 2019). Around 2.037 thousand people were at risk of poverty or social exclusion. Women continue to be more vulnerable to the risk of poverty and social exclusion (20.2%) compared to men (19.4%). Among women, it is the older women who have a higher rate compared to other age groups (22.2% in 2020).

Autonomous regions of Madeira and Azores