17 October international day for the eradication of poverty | national activities 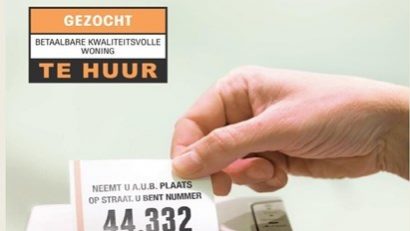 The International Day for the Eradication of Poverty has been observed every year since 1993, when the United Nations General Assembly, by resolution 47/196, designated this day to promote awareness of the need to eradicate poverty and destitution in all countries. Poverty eradication remains at the core of the Millennium Development Goals (MDGs) and the development of the new Sustainable Development Goals.

Here are details of activities around our national members for this day:

Films, debates, documentaries are planned to stimulate discussion on the eradication of poverty. The definitive programme is now out!

EAPN Portugal will hold a debate on Economy and Poverty with a number of well-known economists to reflect on the Portuguese reality: the current major societal challenges, recent macroeconomic models and their (in)ability to respond to these challenges. It aims to identify solutions and proposals to broaden the range of alternatives to be considered. The focus of the debate will be two-fold. 1) the understanding, and promotion or implementation of mechanisms to promote smart, sustainable and inclusive growth; and 2) the organisations, practices and trust policies necessary to build resilient, inclusive, participatory, open and creative societies, taking into account migration, integration and demographic changes in particular. This conference will take place in Lisbon, in the Calouste Gulbenkian Foundation, on Monday the 17 October, 14:30 – 17:00.

Click here for more information on the debate on EAPN Portugal’s site.

Portuguese member organisations are also organizing a number of activities at national and district level.

The following days, 18-19 October, they will organize the VIII National Forum for Combating Poverty and Social Exclusion in Lisbon. On 18 October there will be a session with representatives of the different political parties, in the National Parliament. It is the aim that this event will be a meeting forum for people in poverty and / or social exclusion, NGOs and political parties and an important milestone in the democratic governance project. It will raise the internal debate and critical reflection, giving a voice to citizens who are in a vulnerable position on issues that undermine their fundamental rights and their active participation in the construction of a more just and inclusive society.

The Dutch European Anti-Poverty Network is organising an event on the 17th of October: ‘Cross the Poverty Line Gathering’, together with the foundation Ommen Samen Sterk.

It can happen to anyone of us: you find yourself on the sidelines. By literally crossing the poverty line on the 17th of October, we hope to break a taboo and make people aware that it’s not easy for everybody to keep up.

The event takes place on the 17th of October, at 4.30 pm, near Vechtpodium, Ommen

EAPN Macedonia organizes a conference on inclusion and the name of the conference is “I want a life like the others, too”. The focus is on EU2020/SEE2020’s Inclusive growth chapter, specially on inclusive education and inclusive employment. We will discuss the actual situation and how to move forward at European level.

This year’s conference is organized by the example of ‘Pep’ meetings, where people experiencing poverty (PEP) and social exclusion will share their life stories. The conference will be moderated by / speakers are people experiencing poverty and social exclusion who have been part of the Macedonian delegation to the European PEP meetings in Brussels.

This is a unique opportunity to hear the original voices of the people who are living the problems associated with poverty and giving them the opportunity to address the creators of the politics directly. Representatives from Parliament commission for labor and social policy, Ministry of labour and social policy, representatives from UN organizations, political parties and civil organizations are invited. The conference is live-streamed here.

Finland organises the “Night of the Homelessness” with almost 50 different happenings all over the country, making it again the biggest nationwide demonstration in the social field. More information is here.

EAPN Europe, released the following statement on the day: Say No to Poverty!

The Intergroup met with the participation of a delegation from All Together in Dignity (ATD Fourth World) to mark UN International Day for the Eradication of Poverty. Key speakers were former French Minister for the Economy, Emmanuel Macron, who began by highlighting that societies are transforming and that public policies have a role to play in having a coordinated response which should aim to balance out social inequality.

The event also included a moment for a testimonial from Ivana Di Martino, ‘a runner mum’ who ran 900km for 13 days from Milan to Brussels in an effort to raise awareness of the fight against child poverty and social exclusion, and to fundraise for the food banks for children who don’t have adequate food. Her sponsor Lorenzo Sironi, Director of Barilla in the Benelux, was also in attendance and spoke about what it was like to take on and sponsor Ivana’s project as part of their corporate social responsibility and what it meant for them to be part of the fight against child poverty which is a part of wider poverty.

Another interesting speaker was Lisa McKenzie who described herself as ‘a working-class academic’ something that she said “annoys academics”. Lisa, who is from Nottingham, UK, is author of a book Getting By: Estates, Class and Culture in Austerity. She spoke mainly about how social public spaces in London have disappeared to make way for profit-seeking related buildings. She spoke passionately about how the working class of London have been pushed further and further to the margins as well as about how lonely old people are becoming lonelier due to this.

Isabelle Feutry of ATD Fourth World, who is Director of the family holiday home La Bise which is run by ATD Quart Monde France, emphasized the ‘Right to Holidays for All’ which many people found to be a luxury at first when they heard the term ‘holidays’ and it attracted a few comments and discussions. However, when it was clearly explained that ATD run a holiday home to which they bring families and individuals each year who are socially excluded and otherwise would not ever have the opportunity for a break away from their troubled life, it made a lot of sense. It was another incredible creative idea and learning for various groups who work directly with people experiencing poverty.

To close the event there was a response to all speeches by Marianne Thyssen, Commissioner for Employment, Social Affairs, Skills and Labour Mobility on the European Pillar of Social Rights. She spoke mainly about the need to have a realistic expectation of what the EU can do through the Pillar and spoke about the need to build a sustainable way for fighting poverty.

There was a Question and Answers opportunity after every speaker/plenary. EAPN raised questions to the former French Economics Minister in reaction to his plea for ‘politics of recognition’ and how he would see investment on this type of focus, in the face of decreasing space for civil society engagement. EAPN also insisted to the Commissioner that the proposal on the Social Pillar has raised expectations and that the Commission can’t risk to create another disappointment with this group of people who have worked so hard to create a social Europe free of poverty. So the Pillar must produce some initiative which is not only understandable to those who work on the details of EU policies but also to the general public who are concerned about the drift towards fragmentation and divisions in Europe.

After the event, a group went to the ‘poverty stone’ on the esplanade outside the Parliament (commemorating those who were denied their fundamental rights through being condemned to live in poverty) where a number of messages by those who experience poverty today or in the past, were read out and suggestions made.