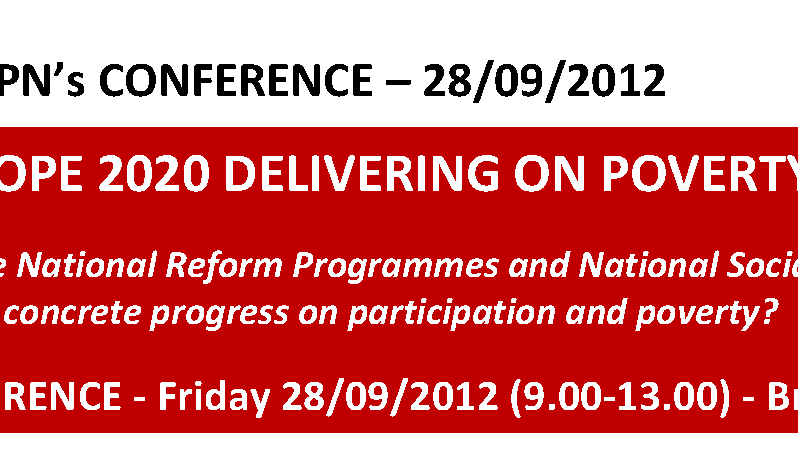 This major conference offered an opportunity to discuss the reality for the most vulnerable in the context of austerity policies and the malfunctioning of stakeholder participation in decision-making, and provided a chance to discuss how to improve this situation. It built on EAPN members’ enormous efforts to engage in the Europe 2020 Strategy and their expertise as contributors to the National Reform Programmes (NRPs)/National Social Reports (NSRs). EAPN’s Analysis and Recommendations were presented.

Also featured at this conference!  THE SNAKES & LADDERS GAME CLIMBING OUT OF POVERTY 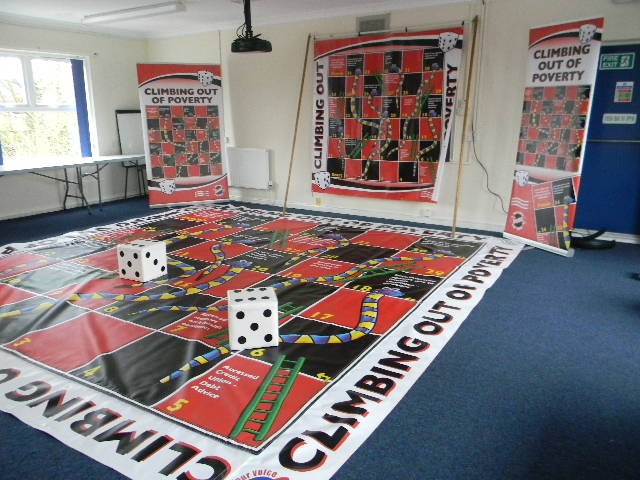 The life-sizeSnakes and Ladders game, popular in Britain, seeks to show how difficult it can be to achieve a secure full-time job that will lift a person and their family out of poverty. It aims to help raise awareness of the need for support and a step up the ladder to achieve jobs, good pay and dignity for everyone. It was produced by the Derbyshire Unemployed Workers’ Centres (DUWCs), member of EAPN England. Everyone, notably keynote speakers, was invited to play the game at the conference. Read more on the game.

Snakes and Ladders Climbing out of Poverty Game has now been converted to a computer game: http://www.climbingoutofpoverty.co.uk/

This conference is supported by: The European Community Progress Programme for Employment and Social Solidarity (2007-2013). The views contained in this articile do not necessarily reflect the position or opinion of the Europen Commission.