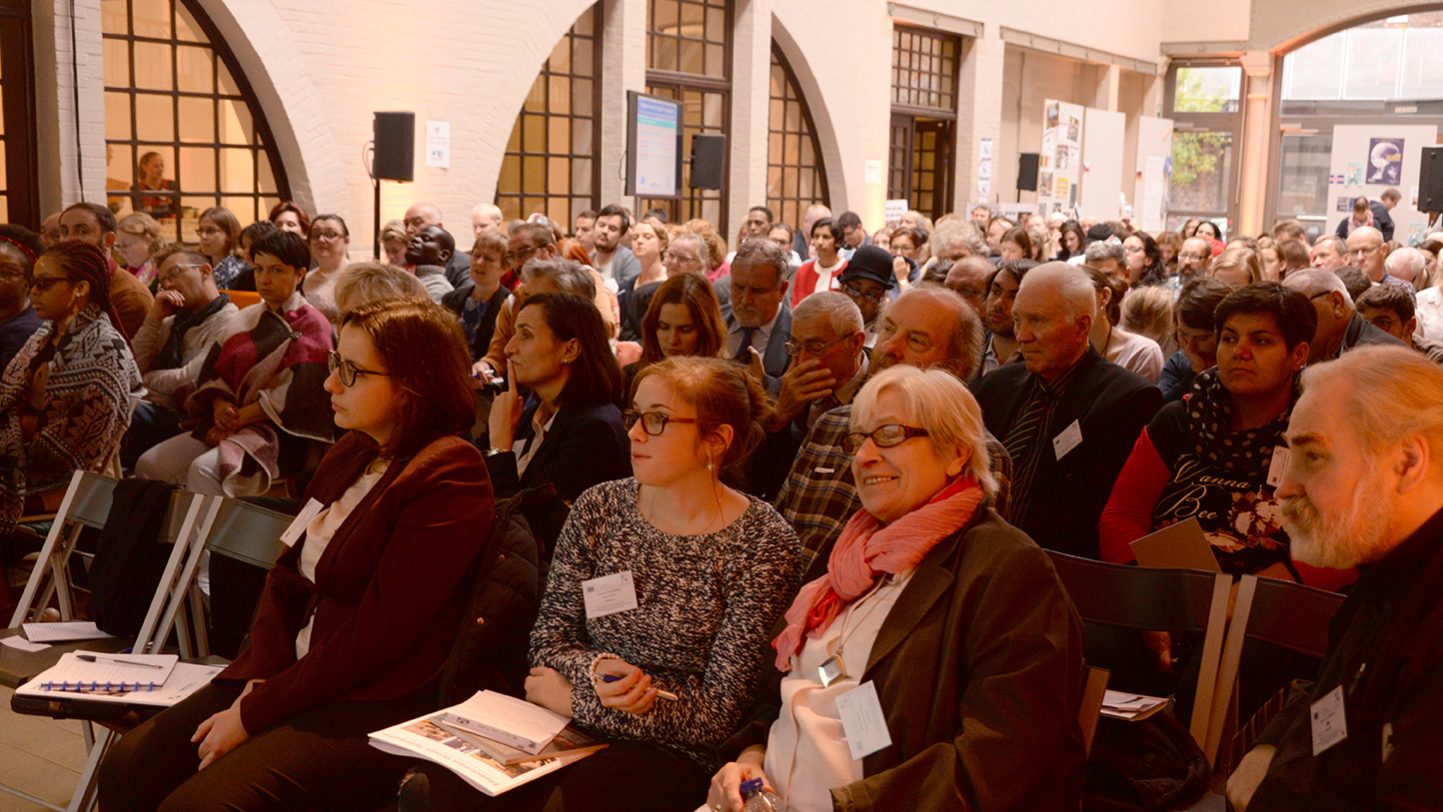 This year, the 15th edition was held on 15-16 November 2016. See the programme here. The meetings and process can be followed on the website https://eapn.eu/ and twitter #2016PEP.

OBJECTIVES OF THE 2016 EUROPEAN MEETING

People experiencing poverty and marginalisation have the right to value and express their own identity as citizens and create spaces to express their opinions. Participation is a social right that people experiencing poverty should use to shape social policies not only as beneficiaries or consumers in pre-determined programmes but as citizens exercising rights to have a voice and to participate. (Key messages of the 14th European Meeting of People Experiencing Poverty)

This 2016 Meeting of People Experiencing Poverty was therefore dedicated to developing and bringing forward a vision of participation and empowerment and the conditions needed for it to be realized.

The messages were handed over to Marianne Thyssen, Commissioner for Employment, Social Affairs, Skills and Labour Mobility, who was present.

An impressive choir celebrated this launch, with a tribute to Bob Dylan, while the helicopters were “Blowin in the wind”.

3 manuals on participation were distributed at the meeting:

FEEDBACK FROM THE MEETING

This meeting was held while Europe is in a moment of crisis, with the danger that the European citizens are losing faith in the European project. Despite the EU poverty reduction target, the reality is that the levels of poverty and inequality remain alarmingly high.  People in poverty and those on lower incomes have been made to carry the largest burden of the response to the economic crisis. There is little sense that the lessons of what caused the crisis have been learned and we still see politics being at the service of markets instead of at the service of building a society in which all people have access to a good life.

As Michel Servoz, Director General of DG Employment, Social Affairs and Inclusion (EC) stated in the opening plenary: “When we have a treaty which says that the EU is about social inclusion, it’s difficult to explain to European citizens that we have such a high figure of poverty.”

This lack of success to fight poverty and social exclusion in the EU clearly means that we need a paradigm shift. Sérgio Aires, President of EAPN, argued that “The growth model we followed the last 20 years is wrong. Let’s challenge it. We don’t want less EU, we want a social EU…” The importance of the fight against poverty for the future of the EU itself, was stressed by Branislav Ondruš, Slovakian State Secretary at the Ministry of Labour, Social Affairs and the Family: “Addressing poverty is among the main policy challenges, and the future of the European integration is deeply depending on how we will fight poverty.”

EAPN is convinced that people experiencing poverty are key actors and experts as regards to the fight against poverty. They should play an active role in these policy changes, and should be listened to. In several workshops, the delegates and decision-makers reflected on empowerment and participation, as well as on representative and elective democracy. One of the central ideas shared by many participants was that “everybody has the right to participate in decisions that affect their lives, and therefore decision makers have the duty to organise the process and put in place the necessary conditions.”

Peter Vittek, a member of the Slovakian delegation stated that “the European Commission should listen to the people experiencing poverty, because they have a lot of experiences, and they know a lot of solutions to critical situations.”

To emphasize their messages and the need for real participation, the participants organized a collective action. They developed messages for Marianne Thyssen, Commissioner for Employment, Social Affairs, Skills and Labour Mobility. The messages were written on hundreds of paper helicopters, which were launched at the Berlaymont building, and offered to the Commissioner who was present. The delegates celebrated this launch, with a tribute to Bob Dylan, while the helicopters were “Blowin’ in the wind”.

Commissioner Marianne Thyssen confirmed that we can count on her; that she will listen very carefully to our messages and stated that: “The poverty figures are going down, this means that, together with member states, organisations and social partners, we were able to lift already some millions out of poverty, but this is not enough, because too many are left.”

Some examples of the messages, written on the helicopters:

Social rights must be enforceable otherwise they are not rights (Ireland)

We want a directive for adequate minimum income, now! (Norway)

We want work. We want houses. We want rights (Spain)

Our problems, our solutions (Serbia)

Acts rather than words! (Hungary)

Together, let’s break the paradigm (Portugal)

Because… It’s urgent, the future of the EU depends on the fight against poverty, and as the Portuguese delegation said: “We don’t want less EU, we want a social EU!”

See the photos of the 15th Meeting

Watch the video report on the 15th Meeting