The European Semester must become a strong, democratic instrument that can build a better Social Europe and a European Union worth fighting for 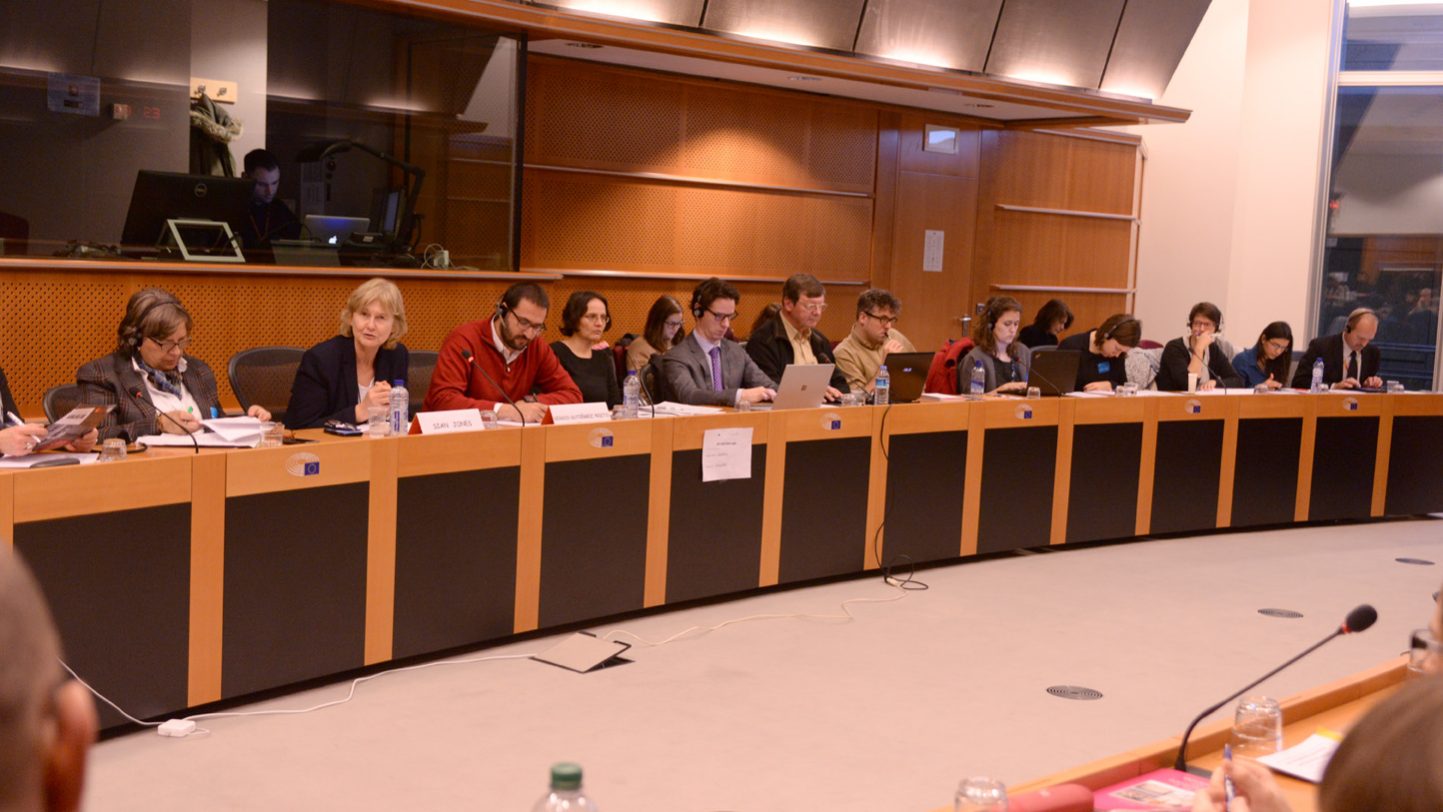 The seminar aimed to review how well the European Semester is working in terms of its delivery on social rights, poverty and participation and to debate what changes are needed to ensure progress towards a more Social Europe.

The event came at a timely moment with the adoption of the 2017 Annual Growth Survey and the European Commission’s upcoming proposal following the public consultation on the European Pillar of Social Rights. The key questions that were raised are: can the European Semester become a positive instrument to promote Social Europe? Will it change its narrative and move towards a more balanced economic and social agenda? How will the European Pillar of Social Rights be implemented and mainstreamed in the Semester? Can the EU become more accountable to citizens? What can be done to increase the impact of civil society engagement as well as national and European Parliament in the European Semester and EU policy-making?

Sergio Gutiérrez Prieto opened the Seminar by stating that a more social European Semester is not only possible, it is absolutely necessary, because what distinguishes Europe from the rest of the world, is our social model.

The first panel and discussion concentrated on stakeholders’ views and proposals from the national and EU level, including EAPN’s 2016 Assessment of the National Reform Programmes: What progress on Social Europe.

Paul Ginnell (Chair of EAPN’s EU Inclusion Strategies Group), argued that the European Semester needs to be transformed to play a key role in monitoring and helping to progress on social rights.

Carlos Susías Rodado (President EAPN ES / Vice President EAPN)  focused his intervention on the Spanish experience of engaging with the European Semester, where a platform with several NGO’s and social organisations was created. This platform has become a unified voice to express our positions.  Mr Susías stressed the importance in having allies: ‘we need to be in people’s hearts, minds and pockets, and in establishing a structured dialogue with government and a legal base.

The question on how to turn the tide and therefore how to mainstreaming Social Rights in the Semester was further explored by a second panel.

Sofia Ribeiro (MEP EPP, Shadow Rapporteur) defended that we have to maintain the balance between social and economic pillar. Without economic stability, we won’t be able to provide the citizens our European Social Model. This is the current challenge for the European institutions in order to maintain our social model.

Jean Lambert (MEP Greens/EFA, Shadow Rapporteur) underlined that even if you have one percent of growth, the question is how will you distribute it? There’s a growing question in some of our countries about the superrich and the enormous amount of impact they have. Those differentials are damaging. About 50 % of the self-employed are not earning a living wage. She stated that‘We need to shrink the size of the holes in the net of social security’

Maria Arena (MEP S&D, Shadow Rapporteur) emphasized  that the European Semester is just a tool, it’s not going to change anything, if we don’t agree on the fact that we need social convergence in Europe Our very fundamental value in Europe is social market economy (with social put first!). For the last 20 years we have worked a lot in Europe for market economy, but forgot the social part. The European Pillar of Social Rights should guarantee minimum wages, social security, fiscal programm, a social market economy in Europe.

Raquel Lucas (European Commission, cabinet of Vice President Valdis Dombrovskis) responded to the concerns and testified that responsible fiscal policies are not just about cuts, but about how to create affordability for social investment, for example, in education and health. The discussion about pension systems is not only about sustainability, but also adequacy. Structural reforms are also being pursued mindful of their social implications. The Semester remains the main instruments for coordinating both social and economic policy.

1) The Semester must be an instrument to champion social rights and social progress through all economic and other policies. The Semester is only an instrument and is only as good as the vision and objectives it serves. The question is, what kind of EU do we want? This is not just a question of putting economic and social objectives on a par; economic policies should contribute to social rights… Transforming the economic model and the Semester to focus on social progress through economic policies is essential to rebuild trust in the EU; to convince people that the EU is working for their interests and not just for markets and growth.

2) More priority should be given to social and public investment. Although the new focus on investment in the Semester was welcomed, it was primarily seen as prioritizing private investment through the European Strategic investment Fund (EFSI). New steps must be taken to boost public investment in quality jobs, services and social protection systems, financed through fairer and more effective distributive mechanisms.

3) There’s an urgent need to rebalance engagement in decision-making on the Semester between economic and social actors. We need this balance not only on institutional level (e.g. within the Commission, the Parliament and the Council formations including EPSCO); we also need to put civil society actors on an equal basis with social partners in this dialogue process at national and EU level.

EAPN continues to promote a transformation of the European Semester into a strong, democratic and participative instrument that can help to make a better Social Europe based on social rights and a European Union that is worth fighting for.