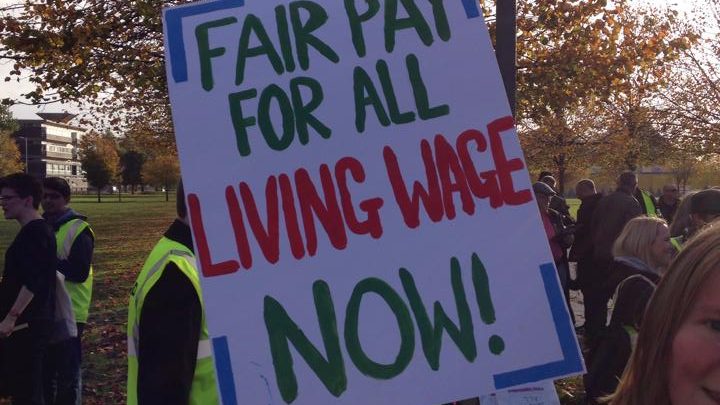 There will be a range of activities taking place throughout the week including the announcement of newly accredited Living Wage employers, new Living Wage Champion awards, and an international link up with living wage campaigns in Canada and New Zealand.

“Living Wage Week is a time to celebrate those employers who have chosen to do the right thing and pay their staff the Living Wage.

“It is also a time to recognise the hard work of local groups and individuals who have campaigned for the Living Wage throughout Scotland.

“There are over 370 Accredited Living Wage Employers in Scotland, and we are confident that by March 2016 there will be at least 500.

“At a time when so many children in poverty in Scotland are in working households, it more important that employers recognise their role in ensuring that everyone gets a fair day’s pay for a fair day’s work”.

“The Living Wage is a vital part of achieving dignity and respect at work and a level of income that allows some degree of financial security.  So it has never been more important that we campaign for it.  Whilst we continue to criticise those employers who pay poverty wages, it is right and proper that we should recognise the positive action undertaken by employers when they do the right thing.

“The fact that more than 360 employers have accredited as Living Wage employers marks substantial progress and we hope that their example will act as encouragement to other to follow suit.

More details will be released throughout the week, and case studies for both employers and employees will be made available on request.

For more information, or to arrange an interview, please contact Carla McCormack on 07853860893 or email carla.mccormack@povertyalliance.org