The role of power, politics and participation in eradicating poverty in Europe | EAPN Seminar 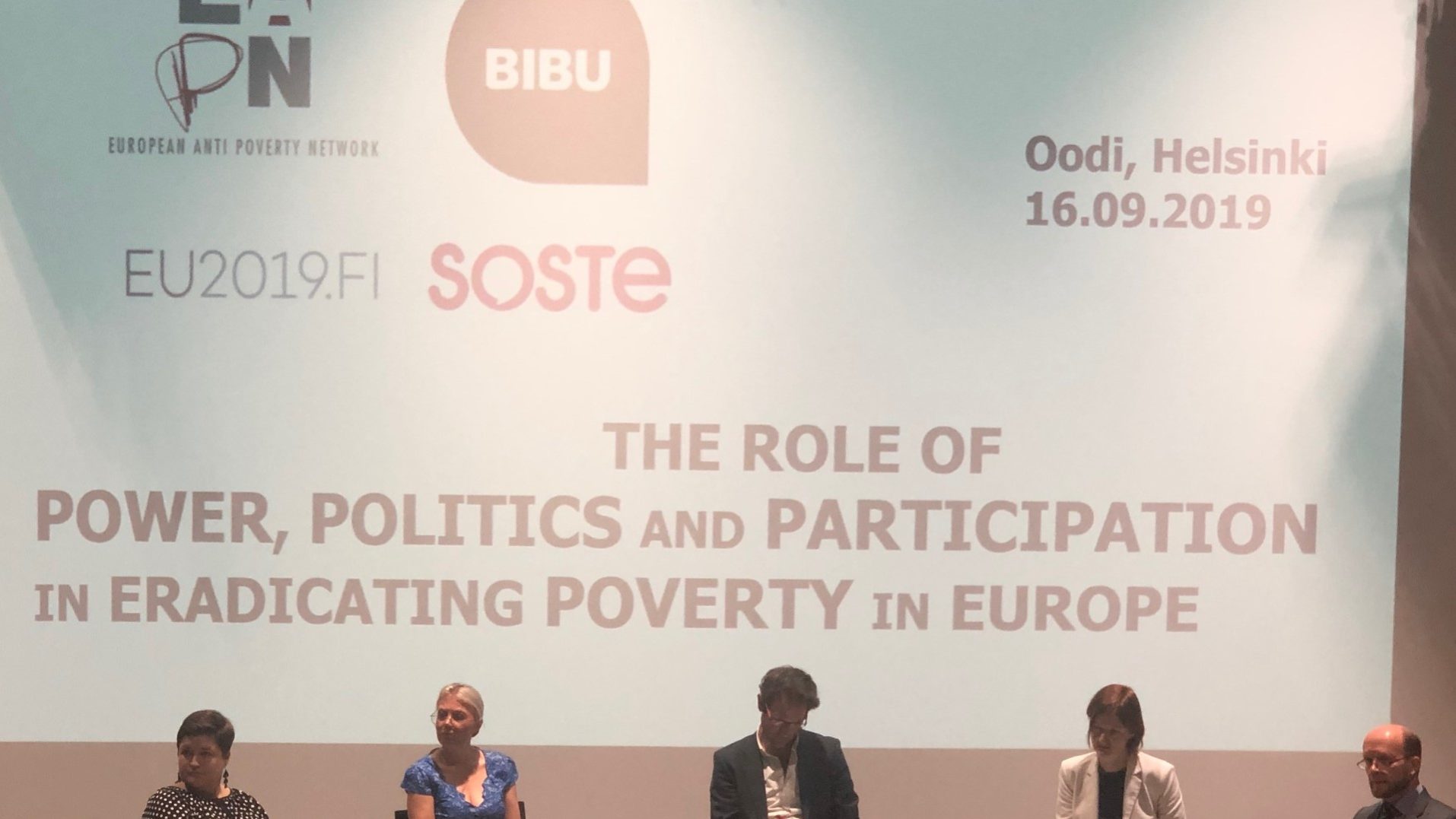 On 16 September 2019, European Anti-Poverty Network (EAPN) with the Finnish Anti-Poverty Network EAPN-Fin, the EU2019FI, BIBU– Tackling Biases and Bubbles in Participation -research project and SOSTE Finnish Federation for Social Affairs and Health held a seminar on the role of power, politics and participation in eradicating poverty in Europe in the framework of the Finnish Presidency of the Council of Europe and as part of the EAPN’s General Assembly.

We are living in a time which is seeing civil mobilization with the aim of tackling climate change – the Student Climate Strikes and Extinction Rebellion are strong examples. We also see a wide acceptance of the need for a just transition which protect people most likely to be affected by this transition. Our political leaders have signed up to some ambitious regional and global frameworks like the European Pillar of Social Rights and the Sustainable Development Goals – and our European Institutions are about to undergo great change.

This event provided a broad discussion on the following question: how can the wide network of anti-poverty organisations and activists best use its power to ensure that our ‘new’ institutions, our new politicians recognize the need to reprogramme our systems which maintain over 100 million people at risk of poverty, and act accordingly with the clear aim of eradicating poverty?

EAPN Vice President Vera Hinterdorfer underlined the fact that ‘the politicians need us!’” to end poverty as well as the necessity “to involve people in poverty“.

Director of @social_platform, Kélig Puyet, said: ‘We need co-creation, we need to co-create the policies that can answer the current challenges!’

Watch the Philip Alston’s intervention on What political leaders need to do to eradicate poverty here to have a broader response!