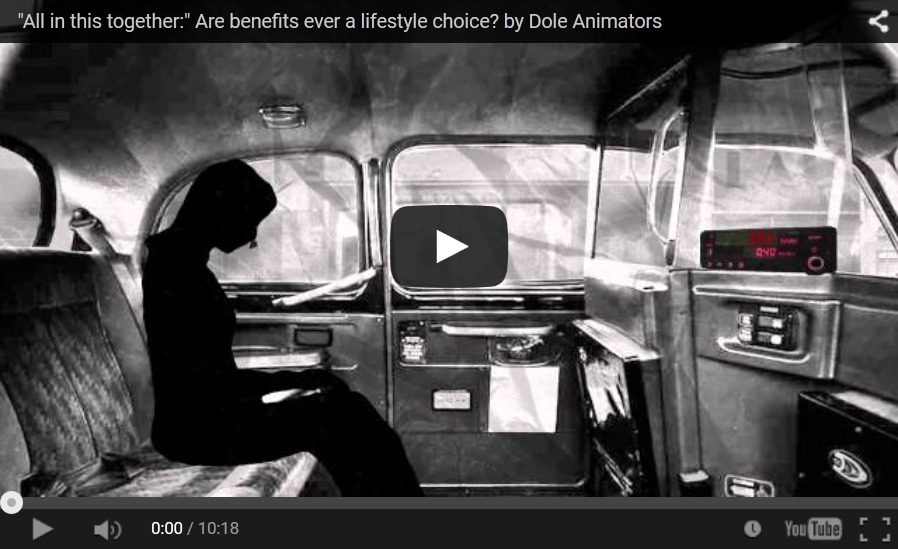 June 2015 – Wonder how people bear the brunt of welfare reforms? Watch this film and you’ll get a good sense of it. The Dole Animators are a group of benefit claimants based in the UK who worked together to make an animated documentary about the reality of the impact of the government’s recent welfare reforms.

At the beginning of June 2015, representatives from the Dole Animators spoke at an event organised by the University of Leeds.  During the event, the group described their hopes to create a new campaign to challenge the stigma of benefits receipt. More details here.

Throughout the second series of Benefits Street, the Dole Animators gave short interviews about what had been happening in their lives since they made their own film, back in 2013.  Each week an audio interview was uploaded with one of the original participants. You can listen to the interviews with Adrian, Cath, Isobella, Sam and Susan by clicking on their ‘participants’ stories page.