What does the future of Europe hold for people experiencing poverty? | EAPN GA 2017 Final Declaration 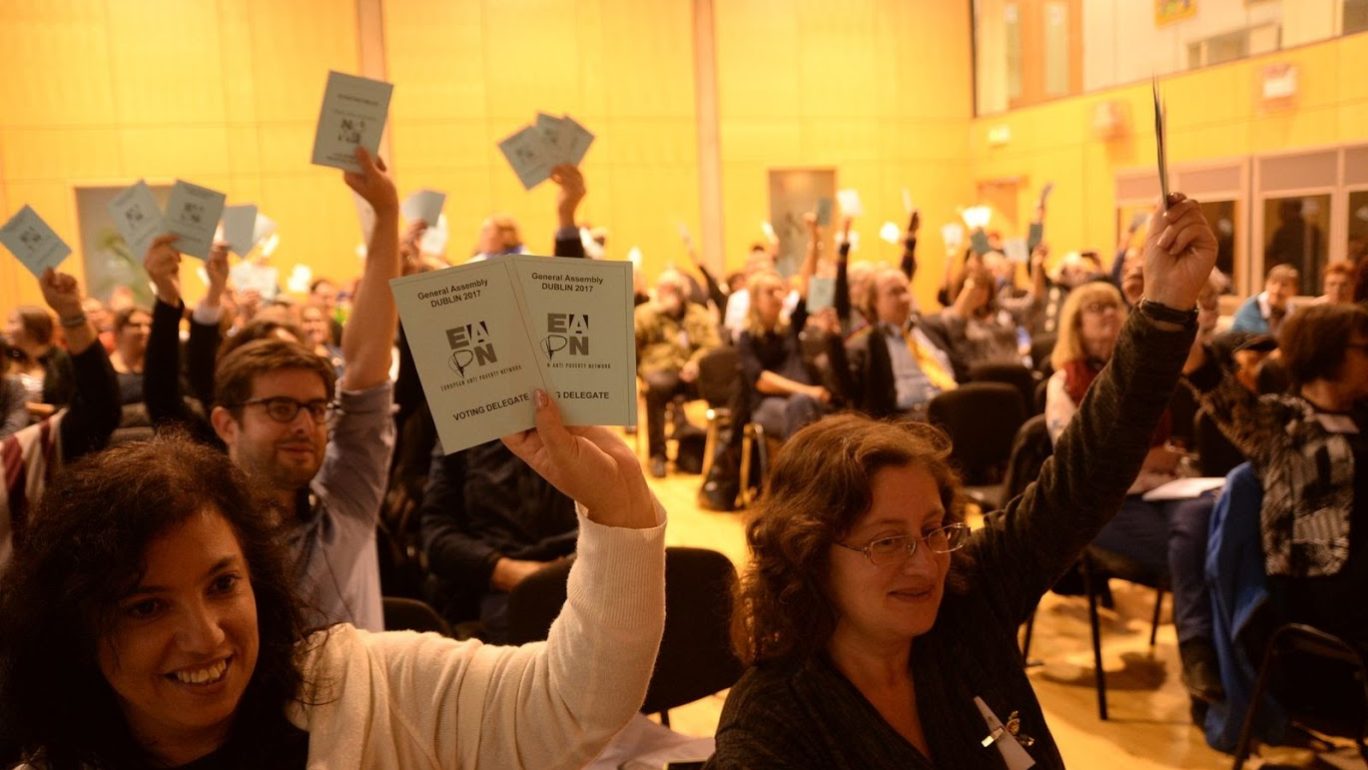 The meeting started with an exciting opening panel and discussion on ‘The Future of Europe for people experiencing poverty, and EAPN’s role in making this future brighter’.

We had the honor to welcome Regina Doherty, TD, Minister for Employment Affairs and Social Protection. The Minister welcomed the delegates to the 2017 General Assembly of the European Anti-Poverty Network.  Noting the significant challenges that Ireland in particular has faced over the past decade, the Minister referred to  the strong role played by the Irish social protection system in combatting the worst effects of the recession on poverty and income inequality.  She reiterated the Government’s commitment to a fair society that supports work and enterprise, while creating opportunities and improving the standards of living for all and stated that “The eradication of poverty is still an aspiration for us that inspires us to keep on with steady progress towards the end goal”.

The Director of EAPN, Leo Williams, noted that the General Assembly met at a time when Europe, in the opinion of the President of the European Commission Jean-Claude Juncker, has the ‘Wind in its Sails’, as highlighted in the State of the Union address in September. We are cautiously optimistic, recognising the importance and potential impact of the proposed European Pillar of Social Rights, with the upcoming inter-institutional proclamation at the Social Summit in Gothenburg. This must be taken as a crucial opportunity to establish the foundations for upward social convergence on EU social standards, and create more political impetus to meaningfully combat poverty and social exclusion.

“Some hope is in the horizon. The discussions about the future of Europe are an opportunity for the EU to show we care about the almost 25% of citizens living at risk of poverty. That’s the scenario that should drive the overall discussions. It is an opportunity to show we recognize our mistakes within the political and economical choices we’ve made and restart the European project towards its original objective: peace and social cohesion.” said Sérgio Aires, President of EAPN.

However, even if a slight reduction of the number of EU citizens living at risk of poverty and social exclusion was announced last week by Eurostat, there are a number of developments which temper our optimism, notably: an uncertain  European political future, an uncertain European financial future, an EU economic model and governance system which continues to prioritize stability, growth and competitiveness instead of people, the rising inequalities and the ongoing failure to tackle the root causes of poverty and social exclusion.

In response to these concerns, members of EAPN declare that it is imperative for the discussions about the future of Europe to show that Europe, our governments and the European institutions care about the almost 25% of citizens living at risk of poverty, solidarity and the protection of the people living in vulnerable conditions. In the coming months, our leaders must show political determination to make a definitive step forward in this direction by agreeing on a mandatory implementation of the European Pillar of Social Rights – and not only for the Eurozone. Tackling poverty is about ensuring we can all participate in society on equal terms and have decent living conditions. To not do so, is a violation of human rights – we call on all people and political institutions to take up their duty to work for the realisation of a world free of poverty and social exclusion.

“I spent 30 years as a rough sleeper, and nobody said to me where will you lay your head.. In 2007, I got confidence… got a chance as a delegate in EAPN… It was a turning point for me… All poor people want is to be included in decisions which have an impact on their lives” said Michael Mackey, Board member of EAPN Ireland.