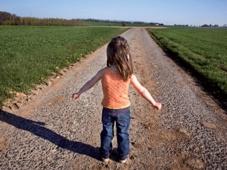 The European-Anti Poverty Network holds its Strategic Congress and General Assembly, on 03 and 04 July 2015 in Bilbao, Spain, attended by over 100 participants. The event is a key moment for EAPN members, EAPN national networks and European Organisations member of EAPN, to exchange and to endorse EAPN’s new Strategic Plan. The participation of key representatives from academic institutions, regional, national and EU authorities will enrich the debates. The President of the Basque Country Lehendakari Iñigo Urkullu will notably open EAPN’s the Strategic Congress. EAPN’s Strategic Congress also comes at a decisive moment to take a firm stand on several crises, notably on the EU Migration Agenda and on the EU’s response to the Greek crisis. On 04 July, EAPN’s 2015 General Assembly will also elect its new board.