JOIN the HUMAN RING around the EUROPEAN PARLIAMENT! 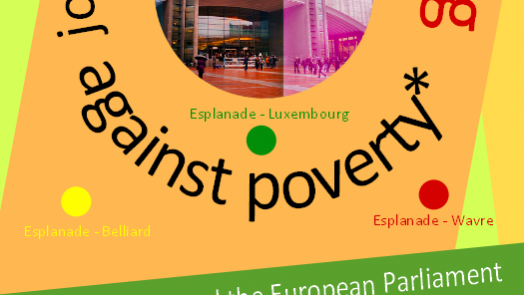 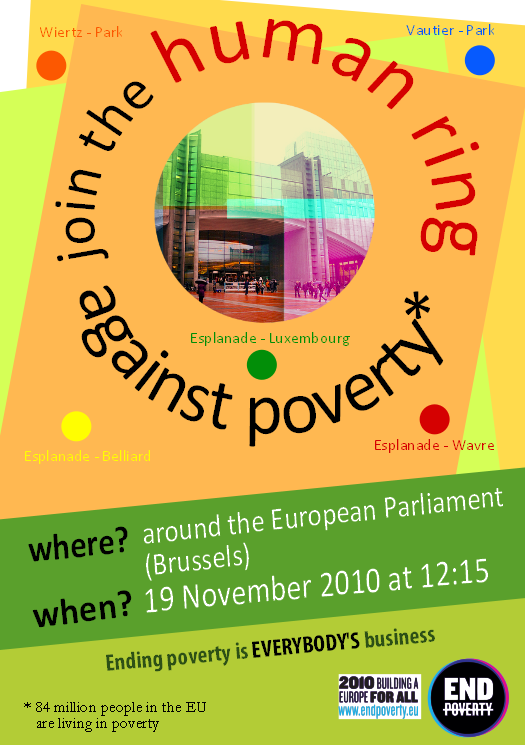 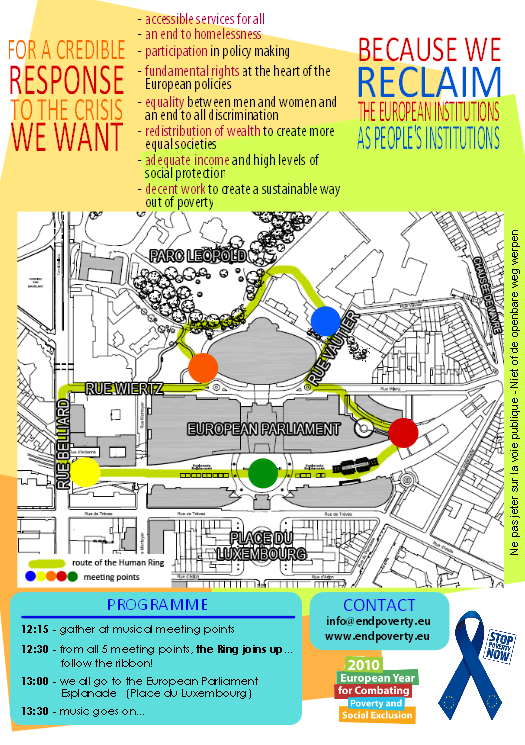 {jathumbnail}MAJOR CALL! Human Ring around the European parliament for a credible response to the crisis! 19/11 at 12:15

The 2010 Coalition of Social NGOs calls on everyone to join and form a Human Ring around the European Parliament on 19 November, from 12:15 till 13:30. Taking the form of a citizens’ flashmob, this event calls for a credible response to the crisis and reclaims the European Institutions as People’s institutions.

Click on image to view both sides of the flier.

In the fight against poverty and social exclusion faced by over 84 million people in the European Union – adding to several other million people living at risk of poverty -, this flashmob concretely calls for

Bring any musical instrument if you can, from a spoon to a tuba!

There is a button to register on the 2010 Coalition of Social NGOs’ website (www.endpoverty.eu)

… but you can already relay the FLASHMOB on FACEBOOK!

> The 2010 Coalition of Social NGOs’ Facebook page of the event

The Human Ring in other countries!