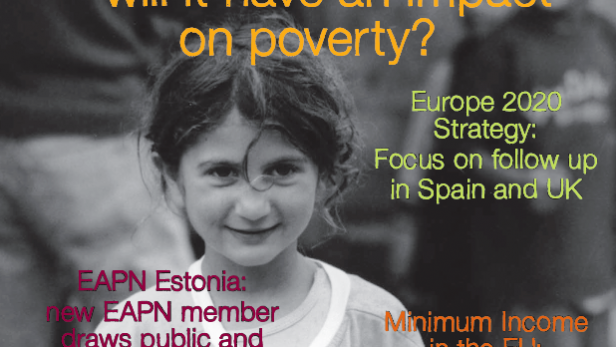 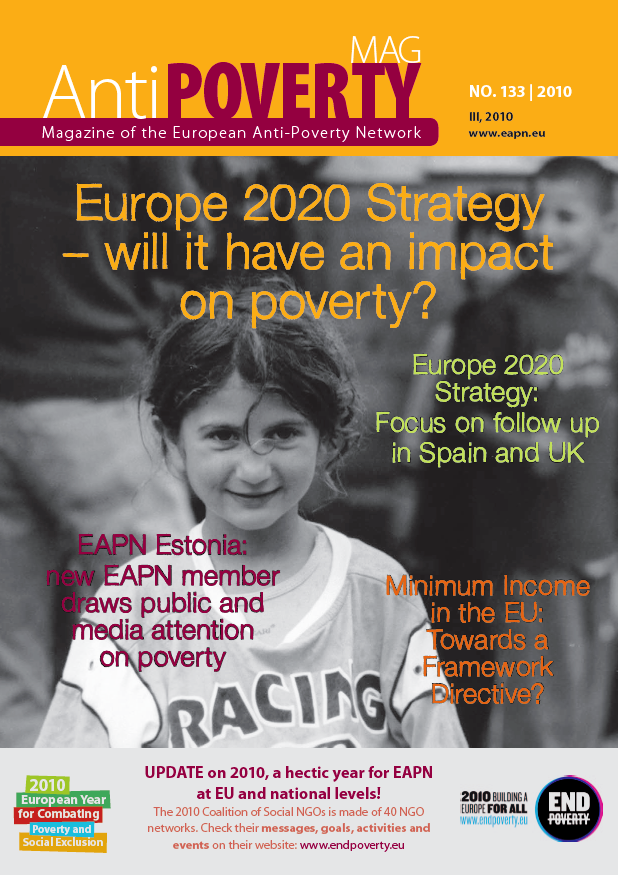 {jathumbnail}EAPN campaigned to have 2010 as the European Year against Poverty with the knowledge that it would be when the EU would renew its key strategies and we wanted to ensure a strong focus on poverty and social exclusion during this time of renewal.

Nearing the end of the 2010 Year, this issue of the EAPN Mag makes a first assessment of the impact of the Year. The key legacy from the 2010 Year is the Europe 2020 strategy and its accompanying flagship programme ‘Platform against Poverty’. While Europe 2020 is clearly not the shift in paradigm called for by social actors, the agreement of a concrete target to reduce poverty is a major step forward. This target should help to bring the necessary visibility to this aspect of EU cooperation and bring pressure to mainstream the fight against poverty and social exclusion.

At the time of writing, we are still waiting for the European Commission’s Communication on the Platform against Poverty. EAPN is concerned that this Platform will not sufficiently build on the previous commitment to reinforce the Social OMC (the EU method for cooperation on social policies developed between 2000 and 2010). In particular, the requirement to develop and implement National Action Plans for Inclusion based on active stakeholder engagement seems under threat. EAPN and many other social actors continue to lobby to avoid this outcome, believing that it would be a step backwards for social Europe.

This issue of the EAPN Mag presents examples of the impressive efforts made by EAPN and the 2010 NGO coalition to ensure the success of the 2010 Year. These activities can also provide inspiration for future actions.