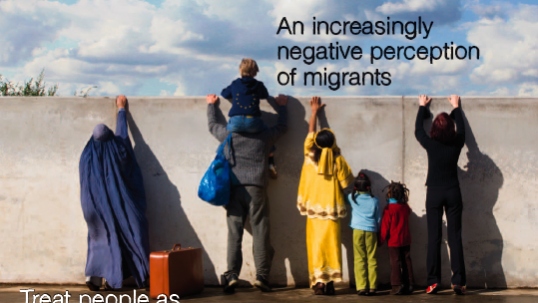 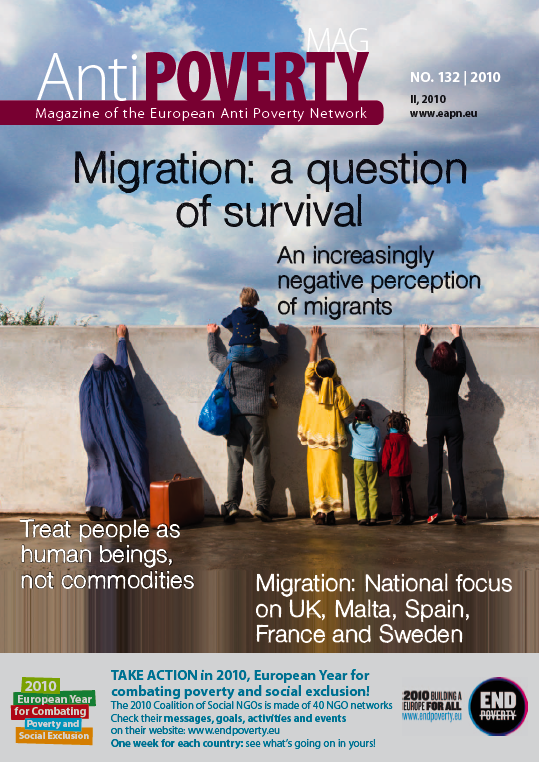 {jathumbnail}In the context of globalization, the phenomenon of migration has been increasing over the last decades.

Unfortunately, the common feature throughout the EU Member States has been to see migration through a utilitarian angle based on economic needs, without giving due consideration to the social and economic integration of migrants and ensuring their access to social rights.

This situation has been worsening especially since the beginning of the economic crisis which has led national Governments to harden their migration policies. At EU level, the tendency is also a narrow security approach.

In the context of the European Year for combating Poverty and Social Exclusion and the current discussion on the EU2020 Strategy, EAPN would like to stress the need to rebalance the current negative perception of migration. EAPN argues for a new integrated migration policy consistent with the EU social model and the defense of fundamental rights.