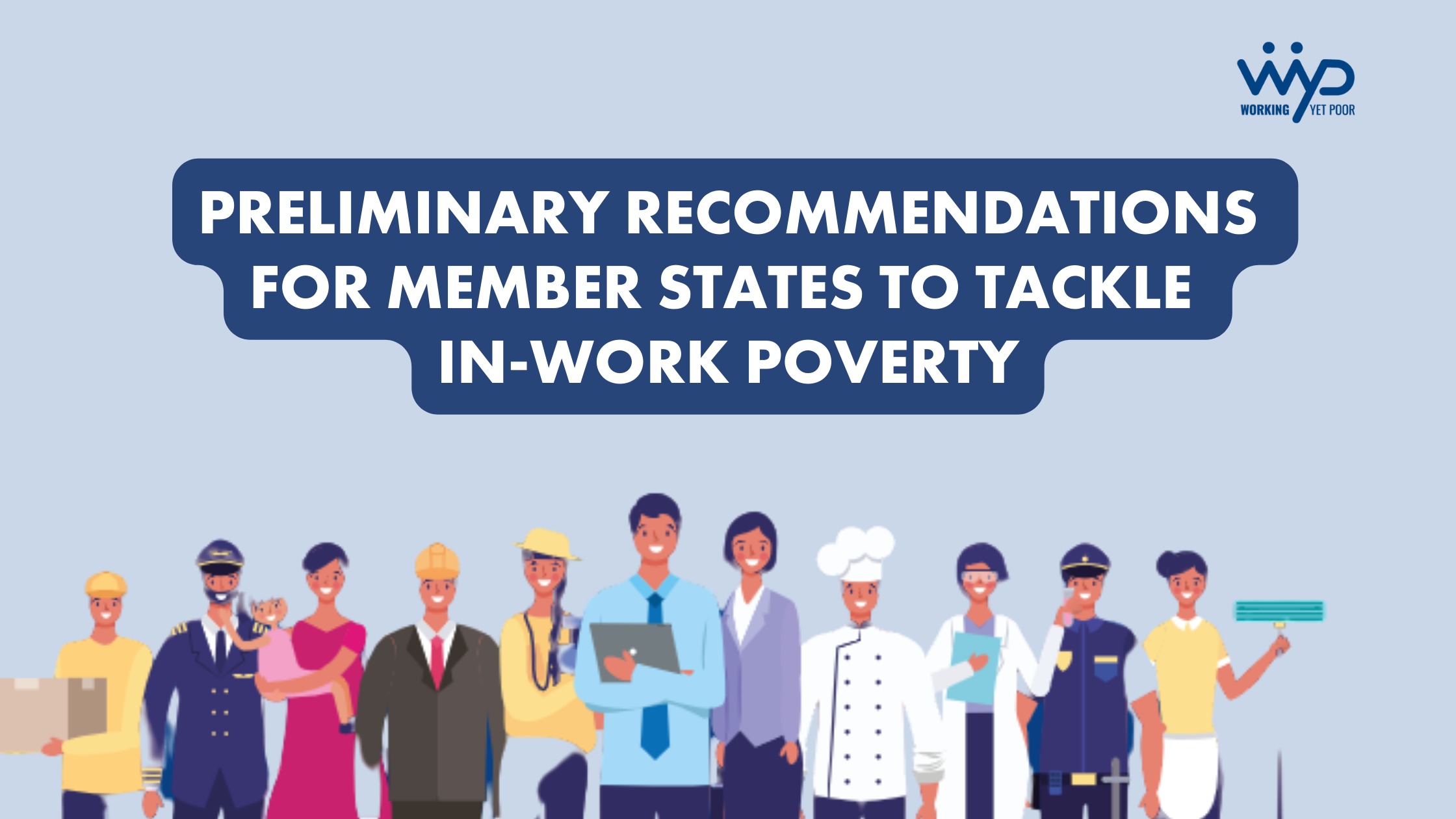 The European anti-Poverty Network, as a partner of the Working Yet Poor project (WorkYP), is currently working on a report that will identify policy priorities and feasible actions that Member States should adopt to tackle in-work poverty. The policy recommendations will primarily draw upon the comparative analysis carried out by the University of Frankfurt, as well as other project partners and wider sources.

Florence Tornincasa, EAPN’s projects officer, presented some preliminary recommendations and measures for Member States to tackle in-work poverty, from the report, during the WorkYP mid-term conference on “In-Work Poverty in Europe: analysis and perspectives” held in Bologna on March 22nd.

Tackling in-work poverty is a complex problem for Member States. Nevertheless, there is an urgent need for national governments to act against this fundamental injustice which is that work does not always pay for a decent life for a household. Although there are significant variations in risks of in-work poverty (IWP) across Member States, there are some common features. Risks are concentrated amongst low-paid workers, especially in sectors with a significant proportion of low-paid people, and even more so, amongst atypical workers. These groups are the focus of the project. Risks are concentrated also amongst particular demographic groups, familiar from their elevated general risk of poverty.

Evidence shows that getting people into work, and a ‘work first’ approach, has not reduced overall poverty rates, and may have increased risks of IWP.  It is time to revisit the overall approach to income protection and labour market insertion.

A challenge for reform that will tackle in-work poverty (IWP) is that individuals earn wages and salaries, but poverty is measured at household level and many income support measures are delivered at that level. This can draw a veil over labour market disadvantage, for example for women and young people, and over unequal distribution of household resources. There is a new balance to be struck in labour market regulation and social policy development, between individual rights and income support to households.

EAPN’s aim is to address the causes of IWP developments. They have emerged in a period of rebalancing of economic and social risks, as amongst unemployed people, workers (insider and outsider), employers and other end users of labour, governments (at various levels) and other stakeholders.  This rebalancing to the disfavour both of workers and those on the margins or excluded from the labour market, is evident

EAPN’s view is that there have been positive developments in Member States, but a deeper rethink and action is required regarding labour market distortions and social protection gaps and shortcomings of the current approaches. In particular:

More specific recommendations will be presented in the final report. For the WorkYP conference that took place on Tuesday 22nd of March in Bologna, EAPN presented some preliminary general recommendations to improve wages and employments conditions, social security and social assistance for all workers, including the in-work poor.

The final report will be available by the end of May 2022.

For more information about the Working Yet Poor project, you can visit this page or the project’s website.