2018PEP “Poverty & Access to Education: Let’s make education a way out of poverty!” 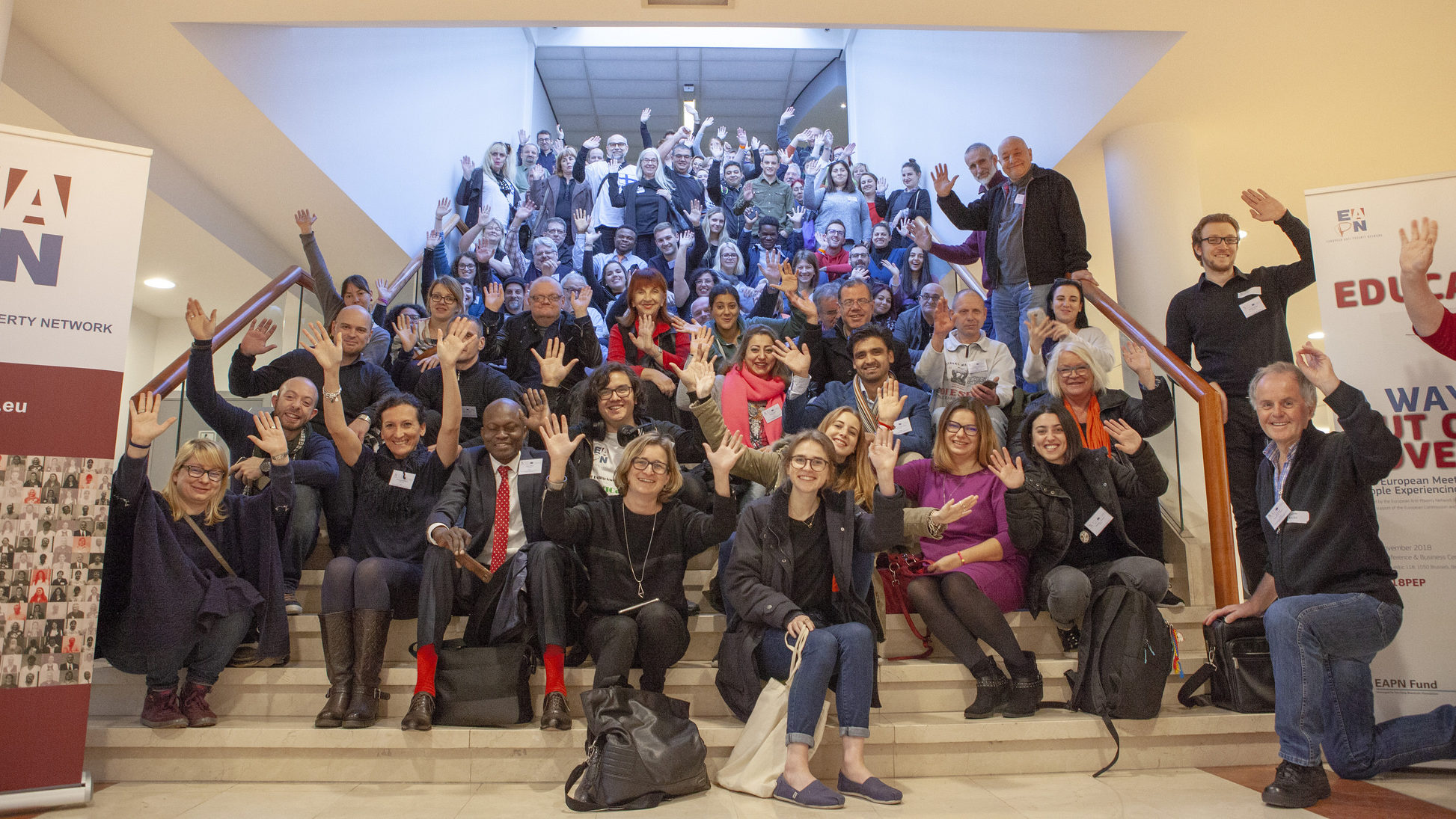 The theme for the 17th European Meeting of People Experiencing Poverty (PEP Meeting) was Poverty and Access to Education. The event was organised in Brussels, on 7-8 November, by the European Anti-Poverty Network (EAPN) with support from the European Commission, the Austrian Presidency of the European Council, and the EAPN Fund.

Among the 120 participants were national delegations of EAPN members, representatives from civil society and trade unions, and volunteer groups from 28 countries. As in previous years, the PEP Meeting was a unique opportunity to share their stories of hardship and hope with one another, and with EU decision-makers. 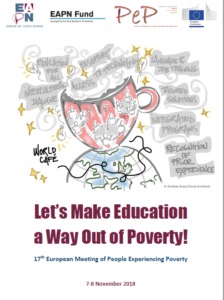 They were joined by decision-makers from the European Commission, including a virtual appearance by Marianne Thyssen, Commissioner for Employment, Social Affairs and Inclusion (DG EMPL), and Katarina Ivanković Knežević, Director for Social Affairs (DG EMPL). Member States were represented by Florian Pecenka from Austria’s Department for Education, Science and Research at Austria’s Permanent Representation to the EU, on behalf of the Council Presidency, as well as Guy Vanhengel from the Brussels Region Ministry of Finance and Budget.

Hosted at the MCE Conference Centre, in Brussels, delegates entered through a ‘market place’ of stands and exhibits with clusters of national delegations mingling and sharing stories. Upstairs in the main auditorium the plenaries and closing statements took place. Open discussion was promoted throughout the one-and-a-half day event.