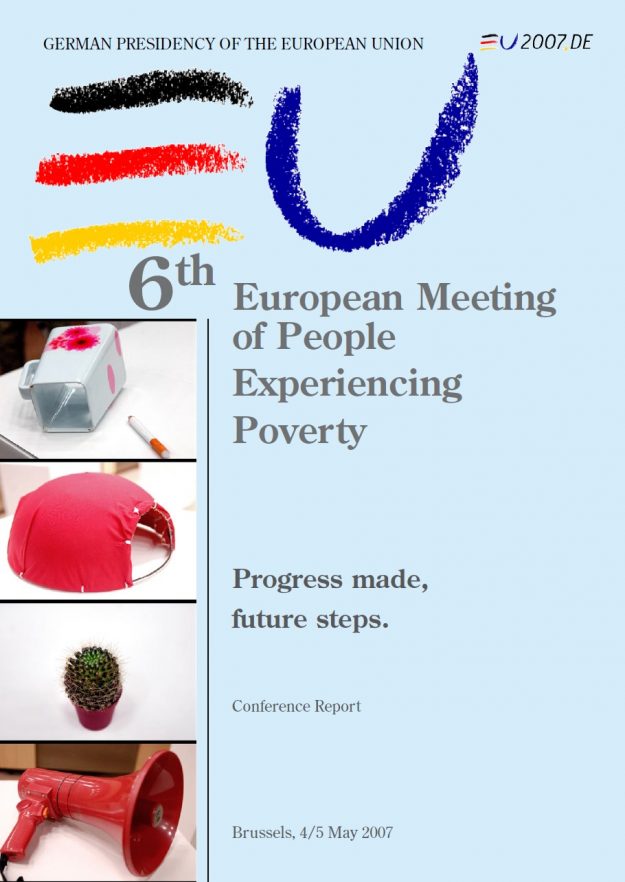 Report of the 6th European Meeting of People Experiencing Poverty, 4-5 May 2007

Read the full report of the sixth European meeting of people experiencing poverty which took place on 4th and 5th May 2007 in Brussels under the German Presidency. 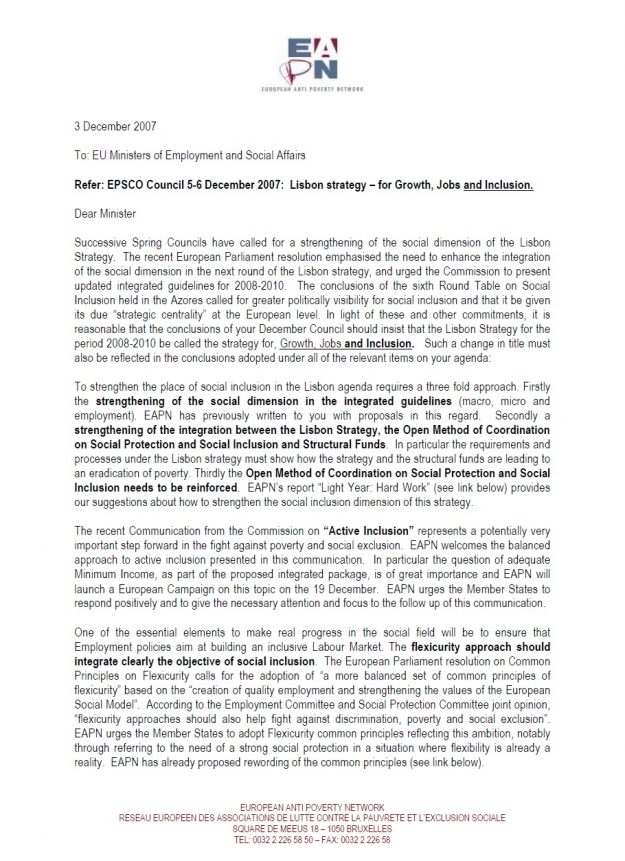 EAPN’s letter to the EU Ministers of Employment and Social Affairs on the Lisbon Strategy – for Growth, Jobs and Inclusion

Ahead of the EPSCO Council of the 5th and 6th of December, EAPN calls on the EU Ministers of Employment and Social Affairs to strengthen the place of social inclusion in the Lisbon agenda. 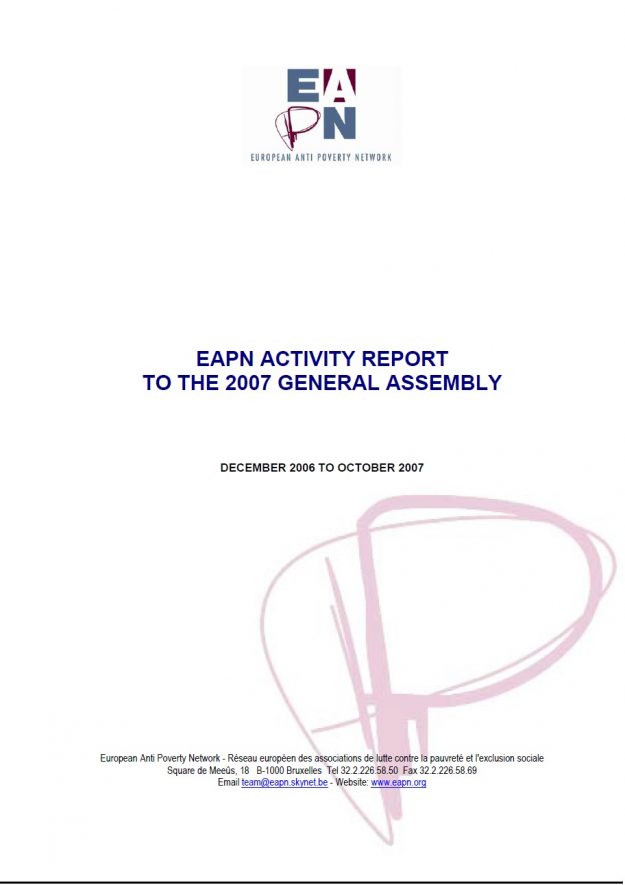 The work and activities of EAPN in 2007 once again proved to be of importance in seeking continuous attention for the situation of poverty and social exclusion, where it is now estimated that 78 million are confronted with this reality in the EU Member States.

Fighting Poverty in the EU – Which way forward for the 50 year old?: Final declaration of the EAPN General Assembly 2007

Read the final declaration of the EAPN General Assembly that was held on 8-10 November 2007 in Budapest, Hungary. This was the first General Assembly of EAPN to be held in one of the Member States that joined the EU in its historic enlargement in 2004. 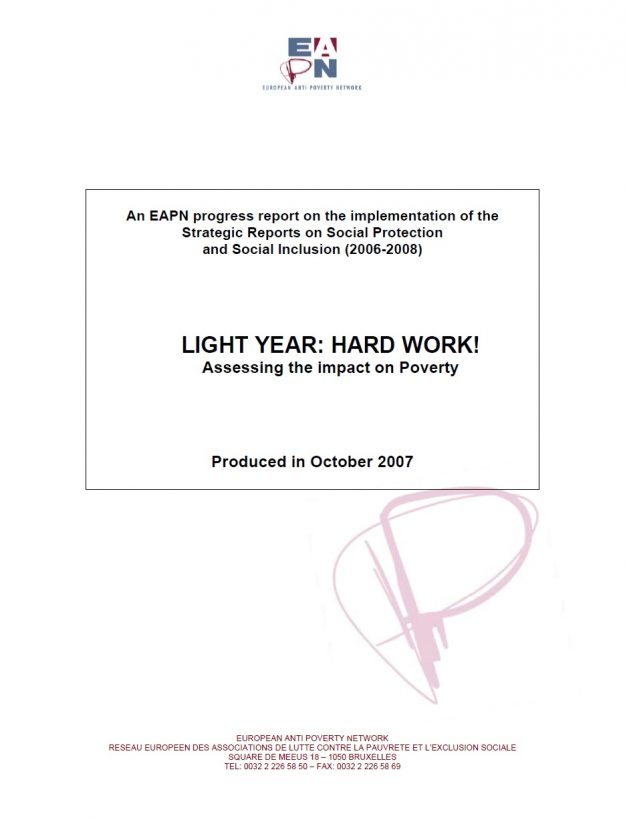 In this report, EAPN have set out to evaluate progress made under the ‘light year’ of the Open Method of Coordination (OMC), and in particular on the National Action Plans (NAPs) Inclusion in 2007, and to ask what has been the benefit for the fight against poverty and social exclusion?

EAPN, urges that the following key messages emerge clearly from the review of the Lisbon agenda: the need to achieve a balance between Social, Employment and Economic Policies; the need to maintain a visible and effective EU Inclusion strategy as part of the EU Social Policy Agenda.

Final declaration of the 1999 EAPN General Assembly: ‘Sharing the wealth: fighting the root causes of poverty and social exclusion’

EAPN calls for a fairer sharing of wealth based on the principle of equal and effective access to fundamental rights for all and the primacy of human over market values.