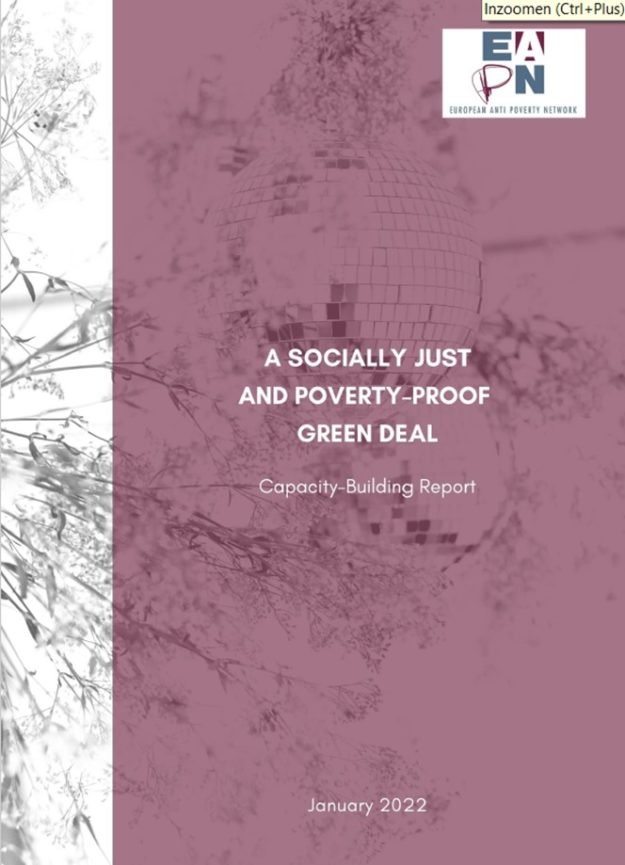 Fifty million households around Europe are currently suffering from energy poverty. This means they cannot sufficiently light, heat or cool their homes. Energy poverty is rooted in structural causes -… 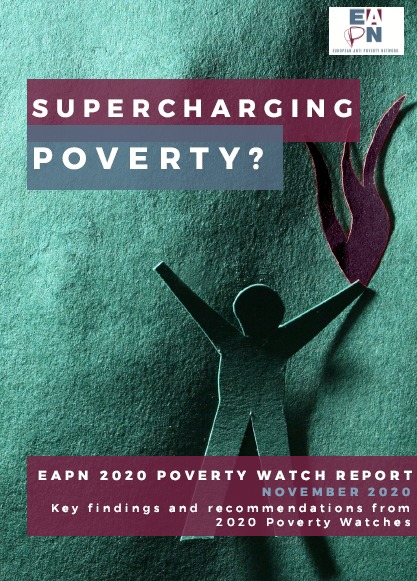 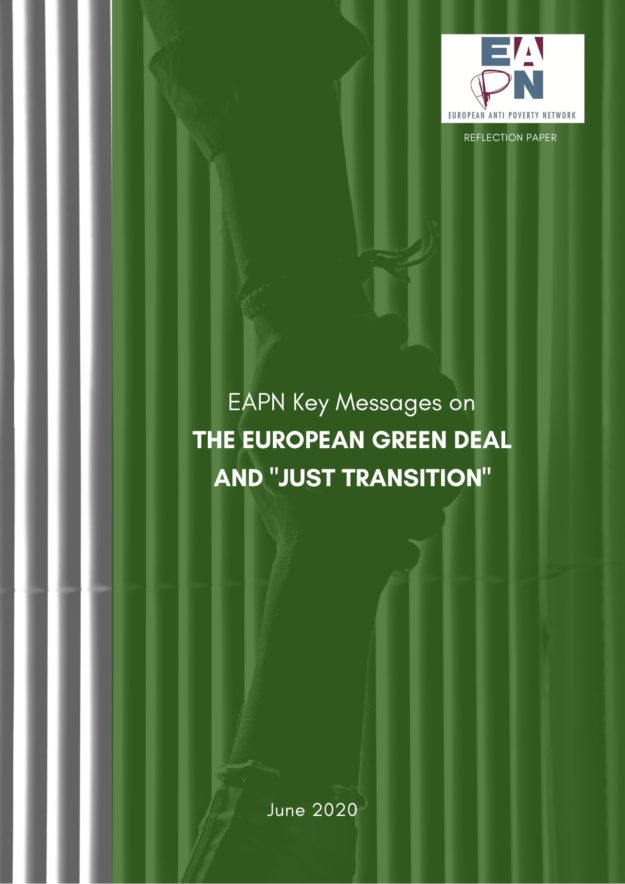 On 11 December 2019, the new Commission launched its proposals to launch a radical European Green Deal as the ‘new Green strategy for Growth and Jobs’, complemented by a Just… 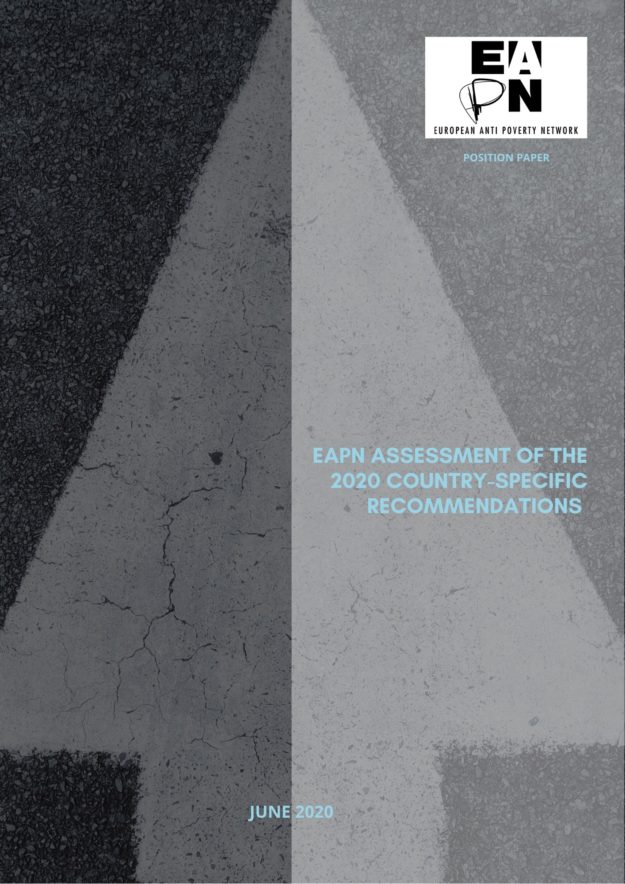 On 20 May, the College of Commissioners adopted the European Commission’s Spring Package, including Country-Specific Recommendations (CSRs) for 28 Member States surveillance reports for Greece, Cyprus, and Spain. The 2020… 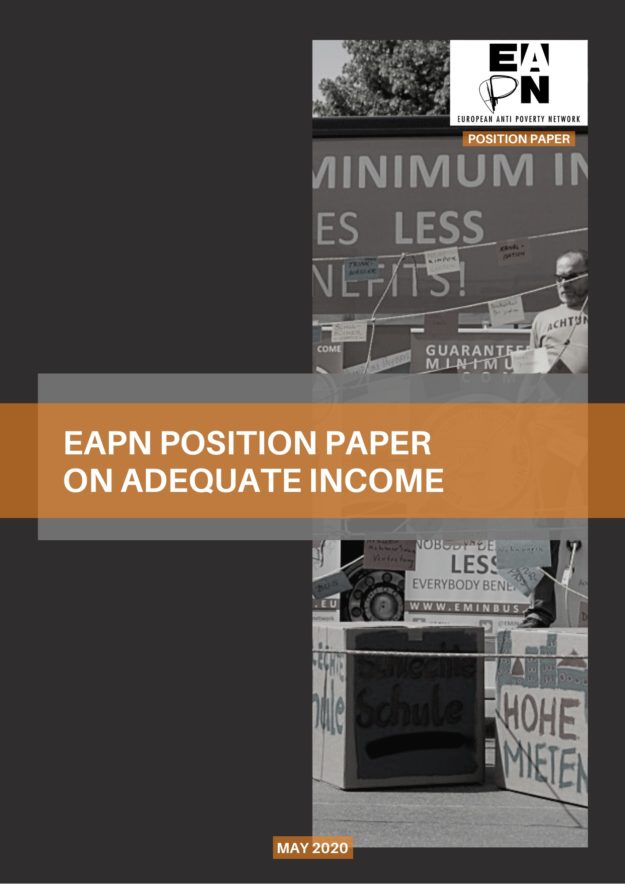 This EAPN Position Paper on Adequate Income presents and updates EAPN’s priorities, proposals and demands as regards to adequate income. It covers both adequate minimum income (MI) and fair minimum… 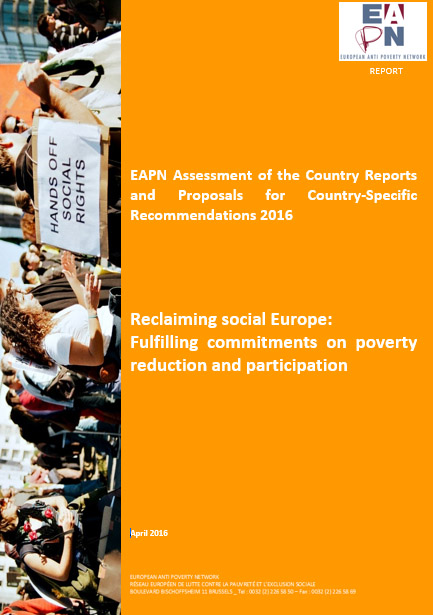 {Jathumbnail}26/04/2016 – EAPN presents its full assessment of the 2016 Country Reports, released on 26 February 2016, and puts forward proposals for Country-Specific Recommendations (CSRs), based on inputs from National Networks European Organisations in our membership. EAPN wants the European Semester to deliver results on the Europe 2020 goals of inclusive and sustainable growth, and to deliver on its target to reduce poverty by at least 20 million by 2020. 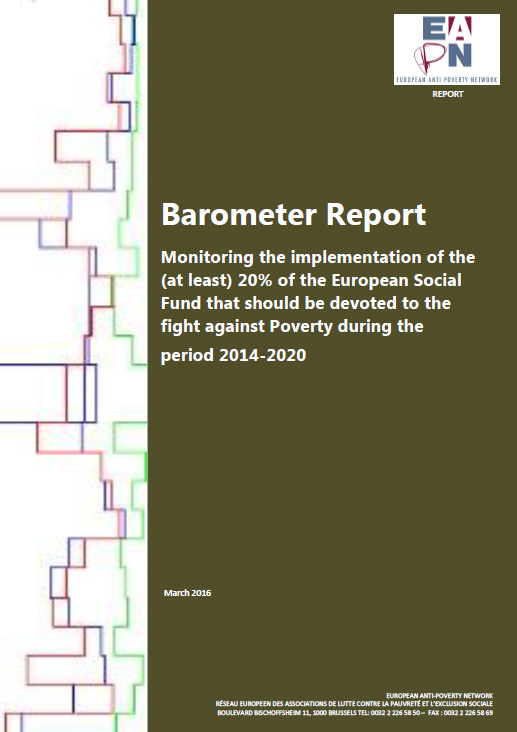 Barometer Report: Monitoring the implementation of the 20% of ESF earmarked for fighting poverty

{Jathumbnail}21-03-2016 – Today EAPN released its Barometer Report – Monitoring the implementation of the (at least) 20% of the European Social Fund that should be devoted to fight against poverty during the period 2014-2020 at a side-event organised by EAPN at the Annual Convention for Inclusive Growth 2016. The aim of this report is to carry out an initial monitoring of: 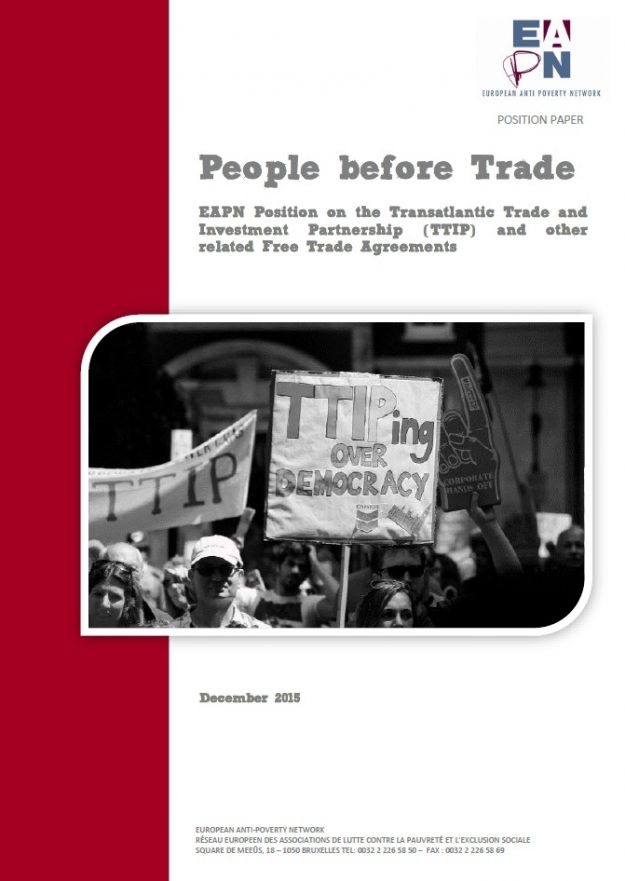 17/12/2015 – This paper outlines, in brief, the position of the European Anti-Poverty Network (EAPN) regarding international trade agreements currently being negotiated by the European Commission, on behalf of Member States, to promote free trade. It looks specifically at negotiations on agreements such as CETA, TTIP, TiSA, and tries to point out the potential consequences of these agreements, in their current form, on poverty and social exclusion in European countries. 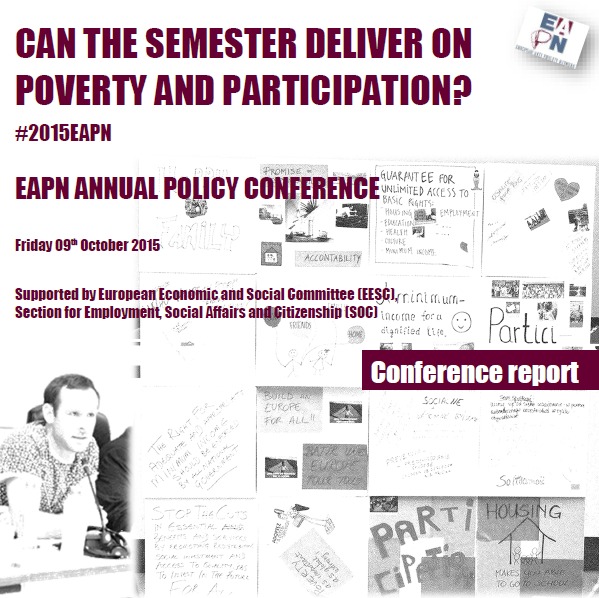 EAPN’s Annual Policy Conference (09/10/2015), held in partnership with and hosted by the European Economic and Social Committee (EESC), built on EAPN’s Assessment of the 2015 National Reform Programmes, giving evidence that poverty and participation must be put at the heart of the European Semester. 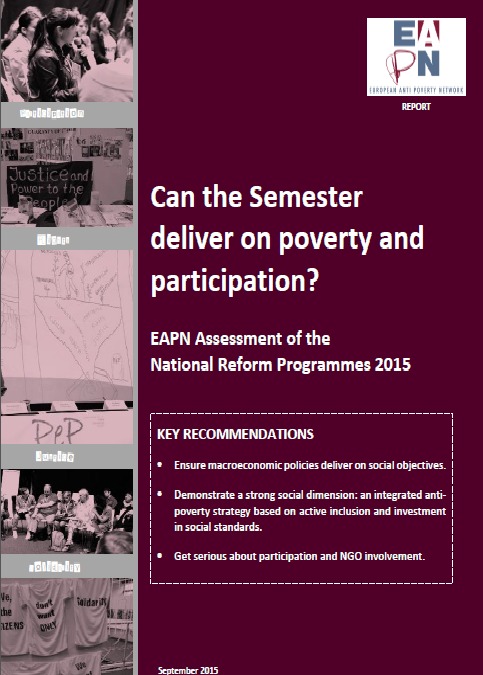 EAPN Assessment of the National Reform Programmes 2015 – Can the Semester Deliver on Poverty and Participation?

09/10/2015 – Today EAPN released its EAPN Assessment of the National Reform Programmes 2015 – Can the Semester Deliver on Poverty and Participation? at its Annual Policy Conference held in partnership with and at the premises of the European Economic and Social Committee (EESC). The report, strongly welcomed by the attendance including high-level representatives, provides a synthesis of EAPN members’ assessment of the 2015 National Reform Programmes. Each of the 21 National EAPN Networks have assessed on how far the NRPs are delivering on the social targets of Europe 2020 (particularly the poverty target, but also the employment and education targets) and on the effectiveness of civil society stakeholders’ engagement with the governance process of the Semester and Europe 2020. The report consequently draws 3 main messages.