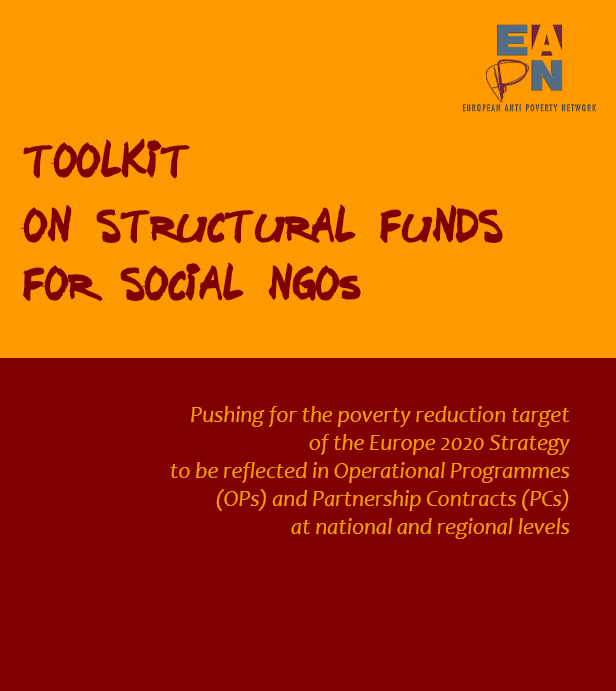 26/11/2012 – EAPN has just published a new toolkit for its national networks and for other social NGOs, to support their advocacy work and help them press their National Authorities to prioritise the new social targets of Europe 2020, and especially the poverty reduction target, by… 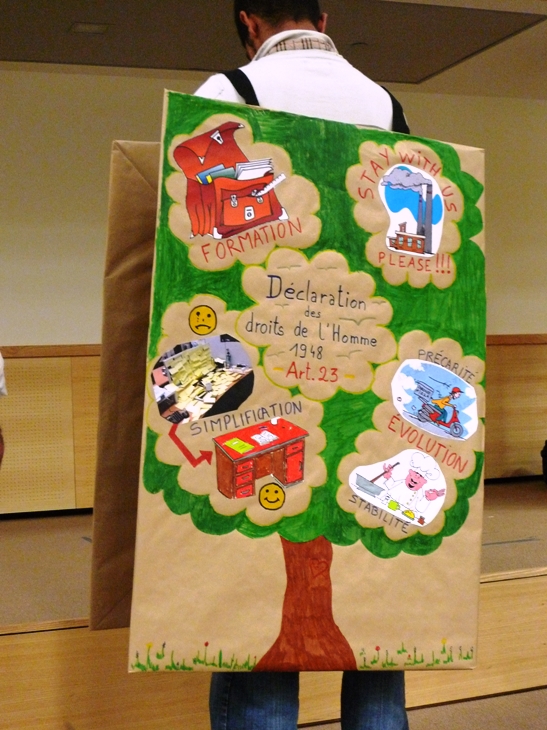 {jathumbnail}Not any job is a sure route out of poverty. Many people experiencing poverty or social exclusion do, in fact, hold a job, and yet this is insufficient to prevent them from enduring hardship and isolation. In order for employment to fulfil its role, of effectively shielding people from a life in poverty, it needs to fulfil a set of quality criteria. EAPN has produced these 10 principles on what constitutes a quality job. 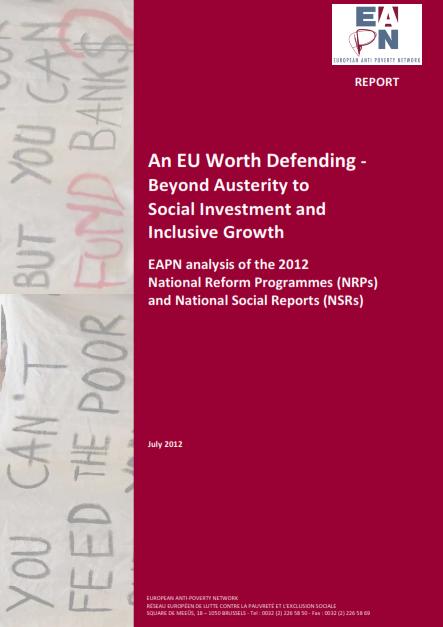 EAPN publishes Full Assessment of NRPs and NSRs: An EU worth defending – beyond austerity to social investment and inclusive growth

{jathumbnail}As the internal EU debates about new priorities for Europe 2020 in the Annual Growth Survey 2013 commence, EAPN has published its Analysis of the 2012 National Reform Programmes (NRPs) and National Social Reports (NSRs): An EU worth defending: beyond austerity to social investment and inclusive growth.

The following list of proposed Country-Specific Recommendations has been prepared by EAPN National Networks and European Organisation members. 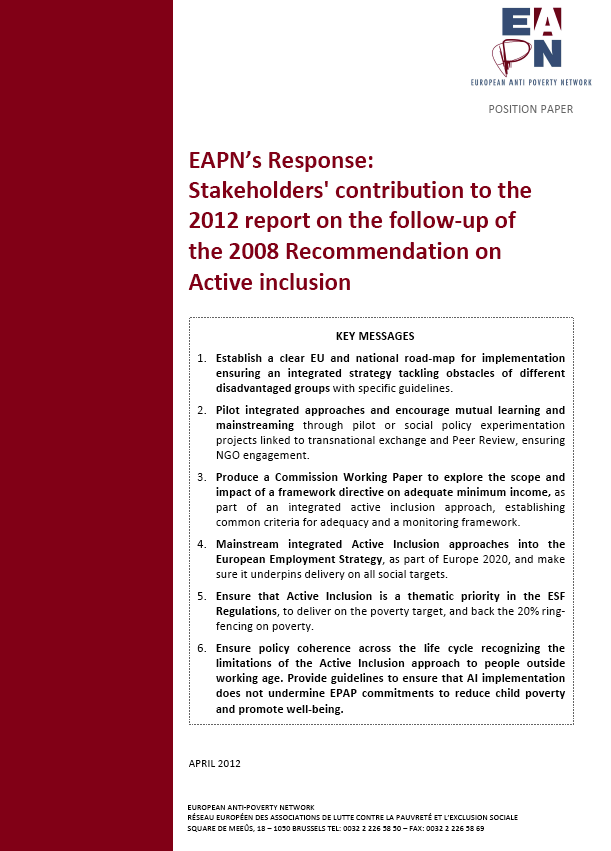 EAPN’s Response: Stakeholders’ contribution to the 2012 report on the follow-up of the 2008 Recommendation on Active inclusion

{jathumbnail}This document reproduces the full EAPN response to the questionnaire prepared by the European Commission, according to the “Guidelines to the stakeholders’ contribution to the 2012 Report on the follow-up on the 2008 Recommendation on Active Inclusion” (1 March 2012).

EAPN responds to the European Commission’s legislative proposals regarding the future of Structural Funds, to make sure that Cohesion Policy will fully deliver on the poverty reduction target. 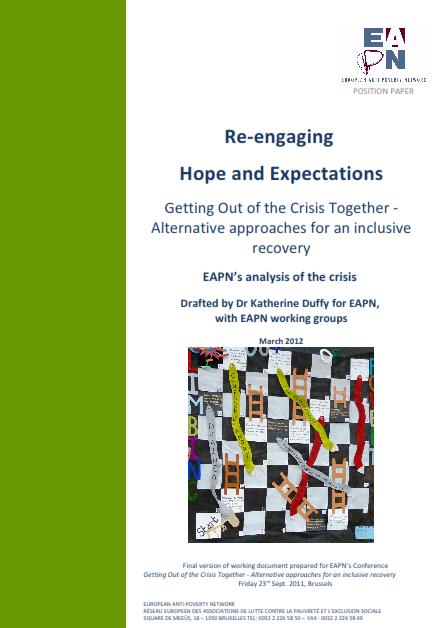 {jathumbnail}With this paper, EAPN provides an in-depth analysis of the causes and impacts of the crisis, and solid proposals on how to get out of this crisis, ‘together’.

EAPN Response to the AGS and the Draft Employment Report

{jathumbnail}Last week, EAPN sent its response to the Annual Growth Survey and Draft Employment Report to the Employment Committee and Social Protection Committee (EMCO and SPC), prior to their discussions on their opinion on the AGS, urging for a more coherent approach to implementing the poverty target, in the light of the dominant focus on austerity measures and fiscal consolidation and concrete proposals to deliver on the new social priority 4 in the AGS.

On 21 December, EAPN submitted its response to the stakeholder consultation organized by the SPC adhoc group on Child Poverty, following the stakeholder meeting held on the 14th December.

{jathumbnail}This briefing note aims at highlighting the work of many EAPN members who work directly on issues of Roma Inclusion. Roma have been identified as a priority group at risk of poverty and social exclusion in the National Strategic Reports on social protection and social inclusion, as part of the Social OMC.