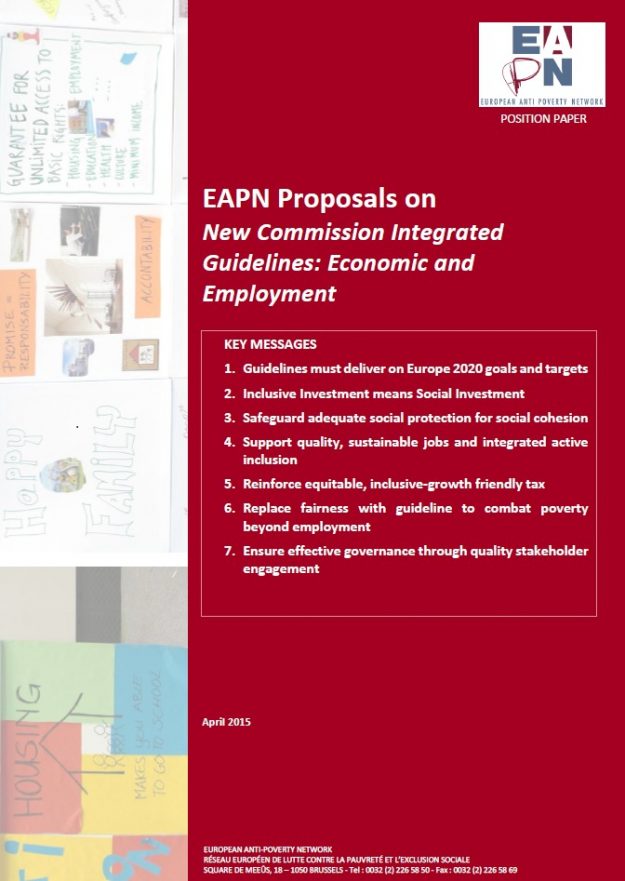 12/04/2015 – EAPN has issued its Proposals regarding the new European Commission’s Integrated Guidelines in the economic and employment fields. This 6-page document summarises the new guidelines, their potential and shortfalls as well as a set of 7 recommendations: 1) Guidelines must deliver on Europe 2020 goals and targets, 2) Inclusive Investment means Social Investment, 3) Safeguard adequate social protection for social cohesion,

27/07/2015 – EAPN has released its briefing on Juncker’s EU Investment Plan and the European Fund for Strategic Investment (EFSI). As a consequence of the economic crisis, the level of investment in the EU has dropped significantly since its peak in 2007, by about 15%. The former Barroso Commission had been characterized by the austerity era, where fiscal consolidation has been over prioritized at the expense of investments, including social investment. Although the current Juncker Commission is composed by the same political coalition, the urgency of a response in terms of investment to the consequences of the economic and financial crisis seems to have become more prominent.

12/05/2015 – EAPN submitted today its contribution to the European Commission’s consultation regarding the provision of services to long-term unemployed in the Member States and at EU level. In its response, EAPN highlights that the long-term unemployed cannot be regarded as a homogenous group, and a one-size-fits-all approach will not yield the expected results. 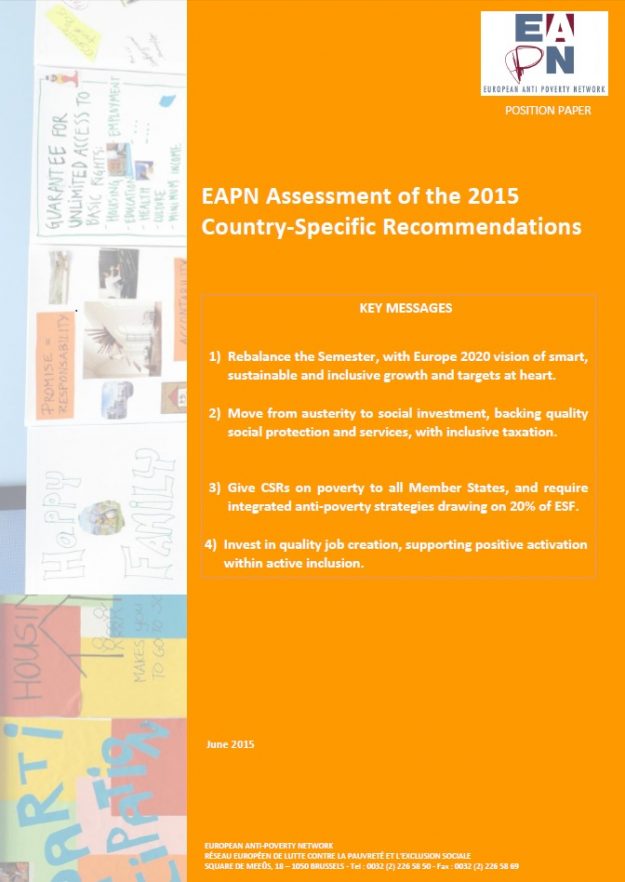 10/06/2015 – On May 15 the Commission adopted their proposals for Country-Specific Recommendations (CSRs). EAPN responded with an immediate Press Release calling on Commission to issue poverty recommendations not only in 6 but in all Member States. This paper sets out the main messages and main recommendations from a more detailed assessment of the CSRs, as regards their delivery on the Europe 2020 Strategy targets on poverty reduction, employment and education. A detailed country by country analysis is annexed. 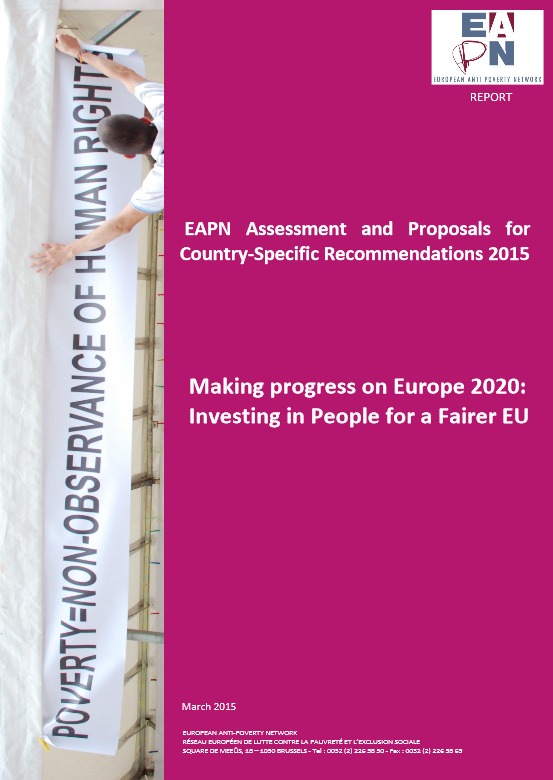 Making Progress on Europe 2020: Investing in People for a Fairer EU | EAPN’s 2015 Assessment on Country-Specific Recommendations

17/04/2015 – EAPN presents its 2015 assessment of the 2014 Country-Specific Recommendations (CSRs) based on inputs from 24 national networks and European Organisations, and makes new proposals for 2015 CSRs. EAPN wants the European Semester to deliver results on the Europe 2020 goals of inclusive and sustainable growth and to deliver on its target to reduce poverty by at least 20 million by 2020. 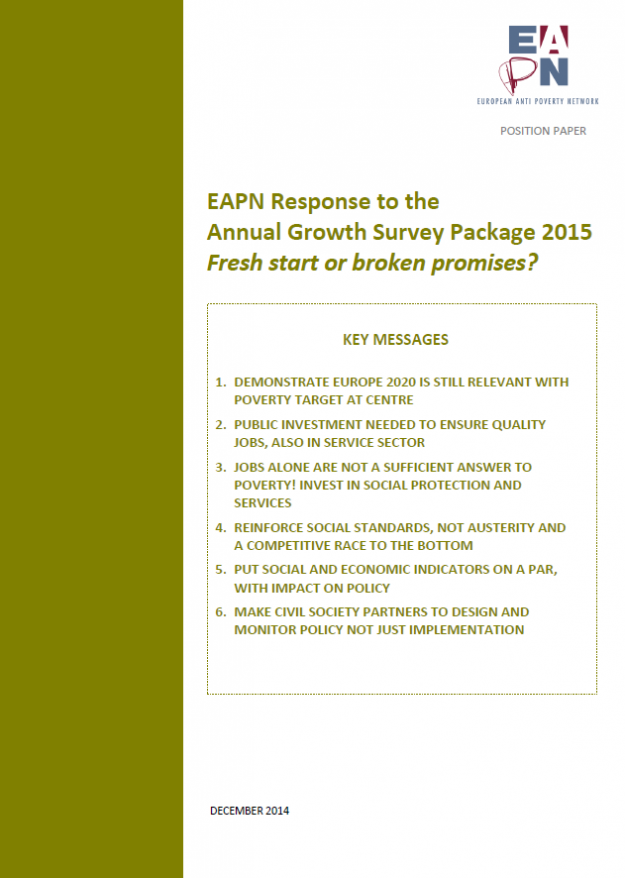 08/12/2014 – EAPN publishes its assessment of the 2015 Annual Growth Survey and and Draft Joint Employment Report “Fresh start or broken promises?” with a series of 6 key messages. EAPN’s assessment is sent today to the Ministers for Employment and Social Affairs ahead of their EPSCO meeting on 11 December, where they will discuss progress on the Europe 2020 Strategy and the Mid-Term Review. 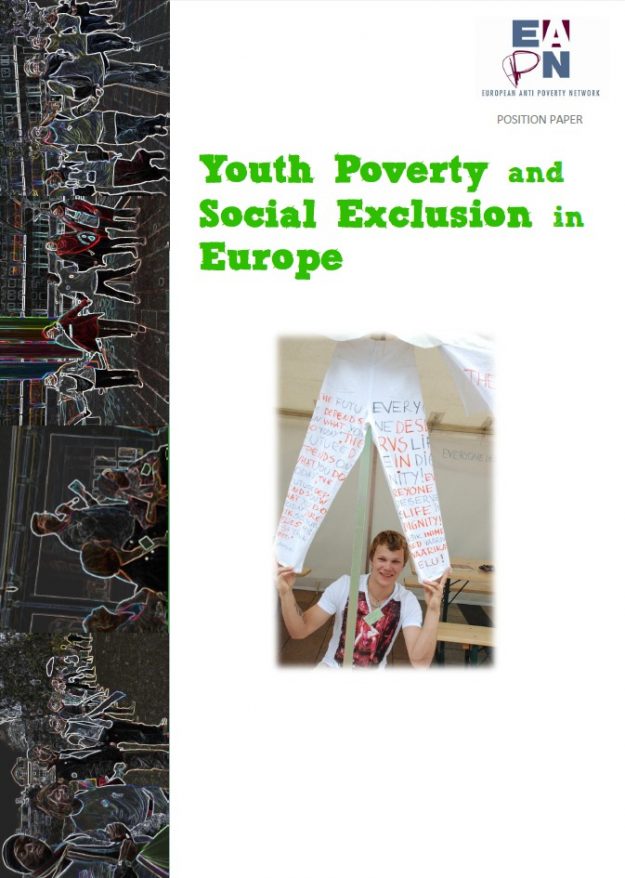 Youth Poverty and Social Exclusion in Europe – Issues, causes, and what can be done at EU and national levels 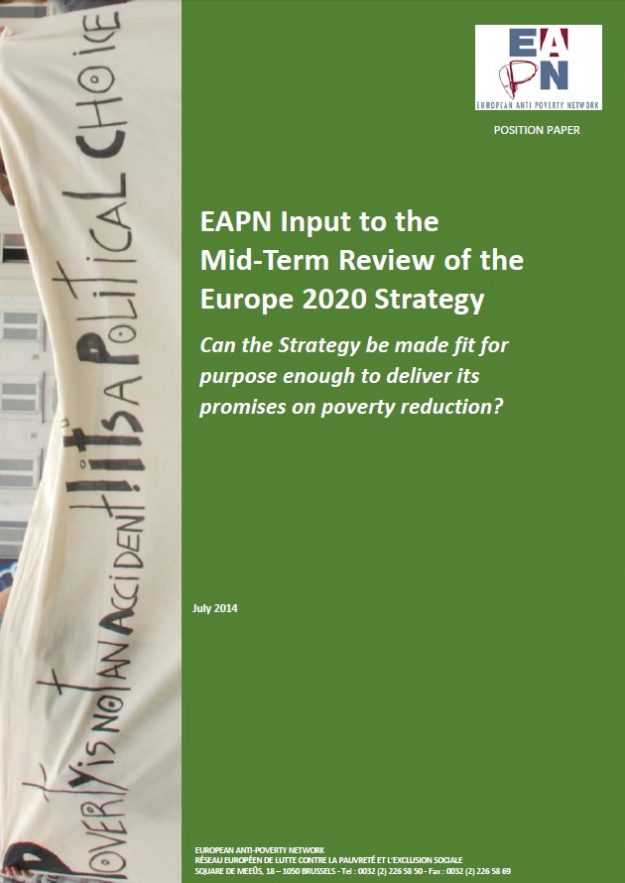 8/10/2014 – EAPN has invested a large amount of resources in trying to engage and monitor the delivery of the Europe 2020 Strategy with inputs to the National Reform Programmes and proposals for Country-specific Recommendations (see other publications in this section). In 2015, the EU Institutions, under the auspices of the new European Parliament and Commission will carry out a Mid-Term Review of the Strategy. This process was launched on the 5 March 2014 with the Commission’s Stock-Taking Communication assessment of the Europe 2020 strategy and followed on 5 May, with the launch of an on-line public consultation with a deadline of 31 October.

Our overwhelming concern is: Can the Europe 2020 Strategy be made fit for purpose enough to deliver its promises on poverty reduction? 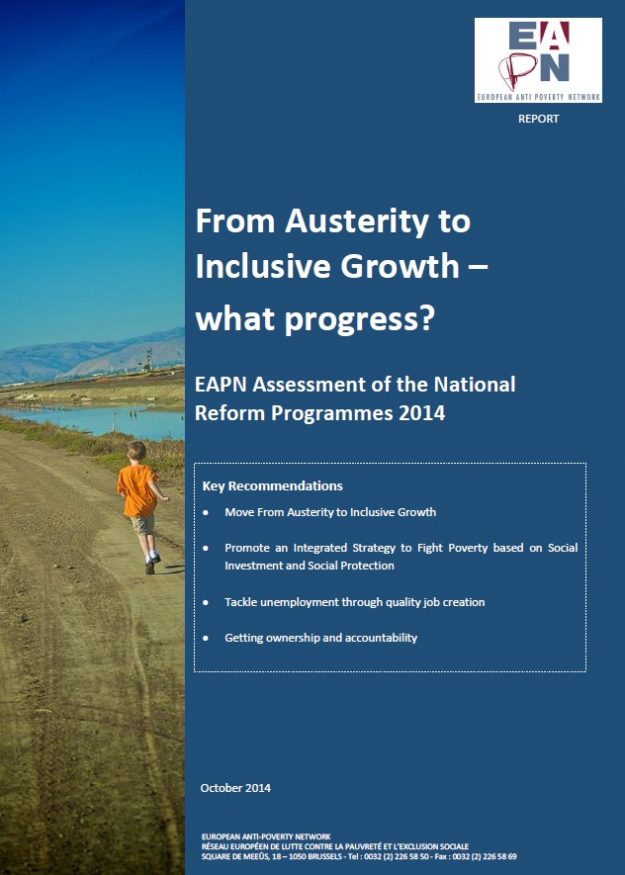 8/10/2014 – This year marks the last round of National Reform Programmes (NRPs) before the Mid-Term Review of the Europe 2020 strategy in 2015. Whilst some signs of recovery have been seen in some countries, Europe’s social crisis continues to worsen, as a result of rising unemployment and continuing austerity policies.

In this context, EAPN members have continued to try to engage in the Semester and Europe 2020 process at national and EU level, with the hope that increased engagement could help to bring real progress on effective policies to meet the poverty target. EAPN’s report From Austerity to Inclusive Growth – what progress? builds on the 2013 NRP Assessment: Widening the Gap and EAPN member’s assessment and proposals for Country-specific Recommendations for 2014. 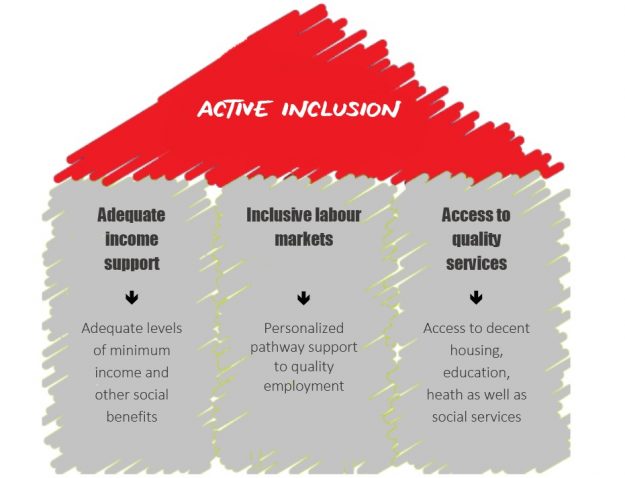 EAPN releases its 10 arguments in support of Active Inclusion

18/06/2014 – Active Inclusion is a strategy developed by the European Commission in 2008 and is designed to support people of working age who are experiencing social exclusion to live a life in dignity and help them move towards a decent job or to get more confidence and skills to participate more actively in their communities. However, little progress has been made in providing an integrated comprehensive strategy for active inclusion which combines adequate minimum support, inclusive labour market with access to quality services. In this short leaflet, EAPN gives 10 indisputable arguments for an integrated active-inclusion strategy, to reduce poverty, exclusion and inequalities and to enable everyone to live a decent life and participate in society.