28/05 – from 9:30 to 13:00 the EESC will organise a hearing on ‘European minimum income and poverty indicators’. The idea is to reflect on a better measurement of poverty and on the challenges of adopting a European minimum income scheme. The hearing will bring together experts and people involved in advocacy work to contribute to the EESC opinion. EAPN will provide an expert input on both elements.

02-03/05 Leuven – The key role of social investment for the modernisation of national welfare systems and for overcoming Europe’s employment and social crisis was underlined by László Andor, European Commissioner for Employment, Social Affairs and Inclusion at the conference on the implementation of the Social Investment Package.

SAVE THE DATE 28/06: PICUM Annual Workshop with EAPN and FEANTSA on Undocumented Migrants and Housing

The 2013 Annual PICUM Workshop on the housing situation of undocumented migrants, organised in partnership with FEANTSA and EAPN, will take place on 28 June 2013 in Brussels, Belgium.

{jathumbnail}At a Public Hearing today in the European Parliament, European Civil Society Organisations (CSOs) have joined forces in an ad-hoc coalition to present country-specific recommendations for 2013 in the areas of employment, poverty, education, tax, environmental change and gender equality. Together, they call for a more balanced social, sustainable and equality-based Economic and Monetary Union, Europe 2020 Strategy and effective multi-stakeholder engagement in the whole European Semester process. 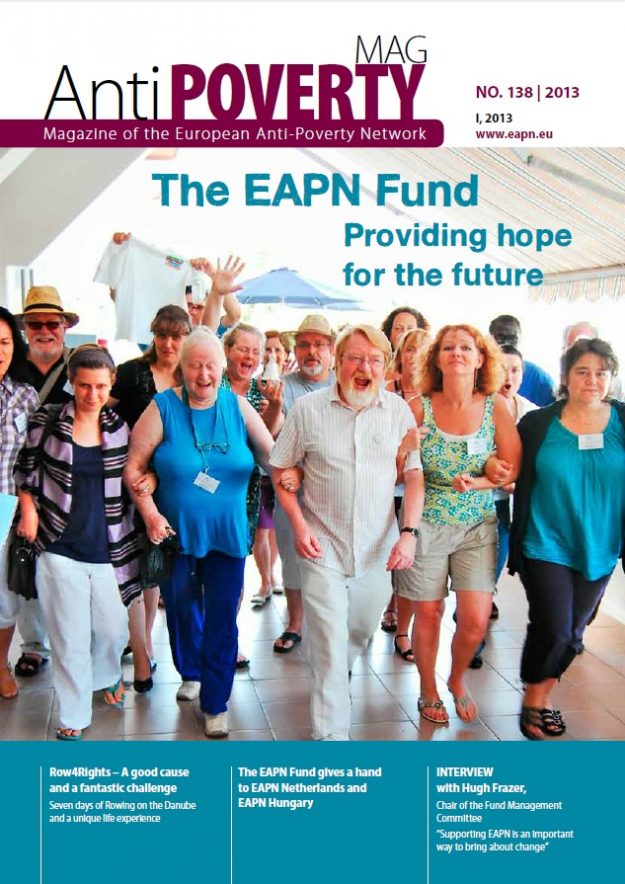 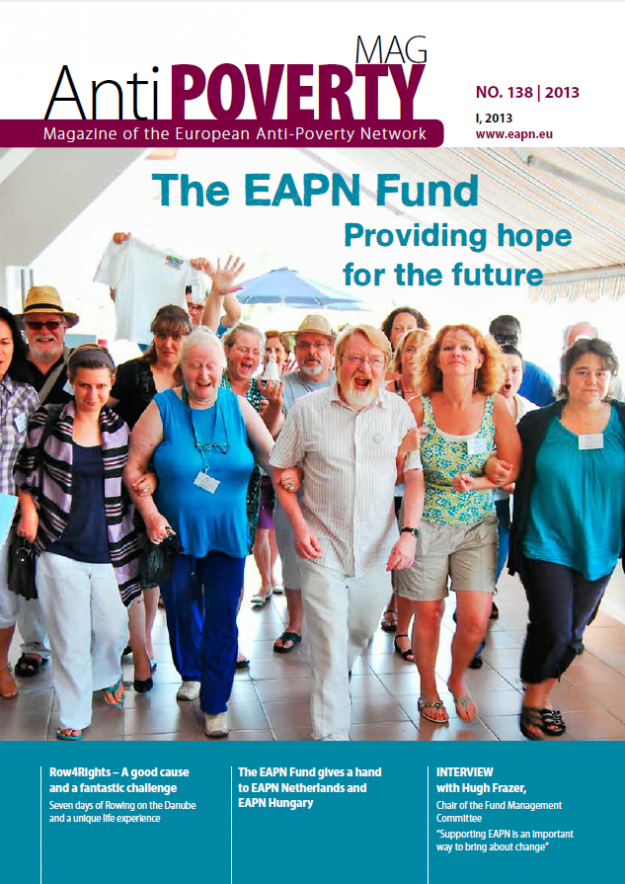 EAPN dedicates its first 2013 Mag to the EAPN Fund, launched with the King Baudouin Foundation, as a legacy of the 2010 European Year for Combating Poverty and Social Exclusion. Key for raising funds has been the Row4Rights initiative, for which teams of rowers have gathered funds themselves and taken part in a tremendous sporting…

Strengthening the democratic legitimacy of the European Semester

EAPN participated in this significant Euroforum conference. The Euroforum is part of the interdisciplinary think-tank Metaforum, and aims to present a synthesis of the latest scientific research to a layman’s audience.

23/04/13 – by Nicoletta Teodosi, Cilap Eapn Italy – The latest tragic news reports, three person suicides due to financial problems, confirm that social services are experienced as an indignity. Confirms the sense of marginality in which a person can find him/herself in a particular moment in their lives.

When the price of bread rises, who worries?

Young or old, alone or in a couple, with or without children, unemployed, worker or retired, people’s daily lives are riddled with problems due to lacking money.